OFWONO OPONDO: Opposition MPs are screwing up themselves in lost causes

by Watchdog Uganda
in Op-Ed, Politics
3 0 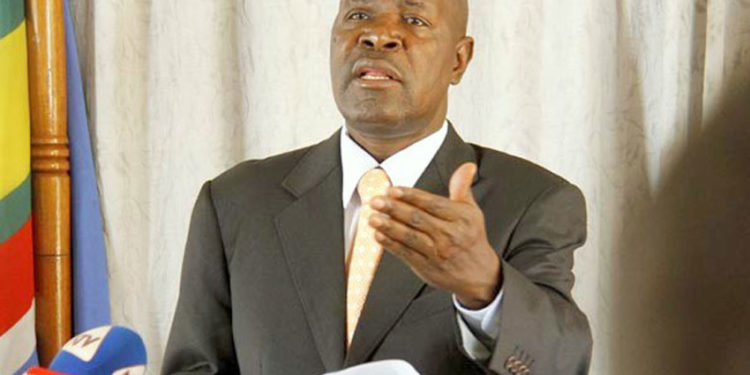 On Tuesday last week many waited in vain for opposition MPs to again boycott or walk out of the Budget reading, and President Yoweri Museveni’s address thereafter to see how much the Leader of Opposition in Parliament (LoP) Mathias Mpuuga and allies screw themselves up. Their staying put, made me think about the seeming lack of their wisdom as it showed that they actually don’t have a coherent and effect strategy on how to engage the NRM on parliamentary business, and their limits are being ruthlessly exposed by each passing day.

Many would have been surprised or even upset if the opposition in parliament led by the National Unity Platform (NUP) wasn’t acting out of idiocy for which they blame others rather than themselves for being taken on joy political rides. A week ago the opposition staged a joint boycott of the Presidential State of the Nation address saying they anticipated that President Yoweri Museveni had ‘nothing new’ to say and had allegedly abandoned Ugandans to their own wits in the current harsh economic realities exacerbated by post Covid-19, Russia-Ukraine conflict disruptions, and global recession.

Mpuuga and his sidekicks claimed that at his last public address in May, Museveni had ‘failed’ to deal with the current rising commodity prices, and Ugandans were on their own because of an incompetent, uncaring and insensitive government. Their misplaced wrath against the president is because he declined to take their demand that he introduces fuel, food and essential commodity subsidies to cushion consumers, and also slash a range of taxes for businesses. In Museveni’s well considered view these measures if implemented will distort the market, be exploited by speculators and the rich, and is recipe for draining Uganda’s foreign currency reserve.

Their conclusions, false as is, is that Museveni and government has chosen to do ‘nothing’ , and never mind that in the meantime MPs have increased their own take home perks multiple-folds which Mpuuga has been all-over electronic media stations justifying without blinking his eyes. Mpuuga who many including from the opposition now see as entwined in the cobweb and drinking generously from the public trough but giving lip service to frugality ought to be treated more as an accomplice than the self-proclaimed savior of the people and a vanguard of the ‘stulago’ the proverbial political liberation of the common man. The opposition has been wont to yell that NRM leaders are the only economic joy-riders while perpetuating bad governance and economic ruin.

If not for the political idiocy, and they had proof that the NRM isn’t doing a good job leading Uganda, many would expect that NUP MPs should either completely stay away from parliament or in the alternative, tender in mass resignation to expose NRM’s nakedness to the whole world. However, many don’t expect that a prosecutor would put a suspected mob member on a jury investigating organised crime.

Many also suspect that the opposition parties could have come to the conclusion that they don’t have many functional options to handle NRM in parliament and have settled for cheap antics like the on-and-off boycotts, and throwing political tantrums as a way to keep in the gullible media space. And judging from the recent past parliamentary history, one doesn’t have to have faith in the intelligence or moral rectitude of many an opposition MP.

So, Mpuuga pulled out all opposition MPs from STON because they couldn’t see sense in it only to return a week later for the budget. And with the uncomfortable rumblings that MPs are once again on financial errands if true, when other Ugandans are being asked to tighten their belts, the collective opposition that has been making empty rhetoric about frugality is being exposed as mere charlatans. Now, NUP MPs are embroiled in a 40M saga whose source and purse remains suspect.

In the long list of political blunders, boycotts which don’t seem to produce any tangible and durable results now seem to top the list in their fishing expeditions, and it’s sad that they have to do this repeatedly to screw themselves up instead of acting like normal adults. These deceptive tactics appear to be attempts at scaremongering the unsophisticated, aggrieved, and brainwashed section of the public to drift away from NRM but they aren’t succeeding much.

This of course leaves many to conclude that perhaps idiocy dies in darkness, and Ugandans should be thankful that it’s happening too early so we can have a thorough-going political warfare with the opposition that gained ground on an ethnicity wave, and may be hard to see how it holds ground through these mortifying episodes.

And this is being compounded by the fact their party leaders are not in parliament to whip the few troops at hand, leaving opposition MPs mostly on free-range grazing, and the NRM has left them to frame absurd, false and negative narratives and dominate the public political discourse. While they attempt to discredit NRM, often without factual and credible evidence, the opposition has instead unconsciously ably bolstered NRM’s legitimacy.