HENRY MUTEBE: Why being a man in Uganda is becoming more difficult

by Watchdog Uganda
in Conversations with, Op-Ed
16 0 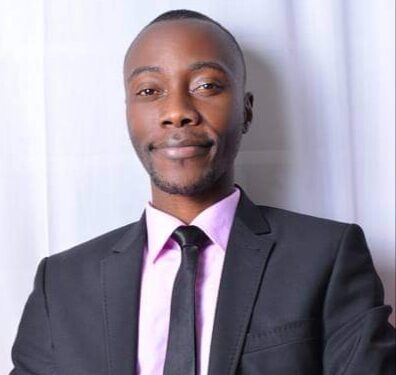 I think Ugandan women need to think about this. Long long ago, our great grand parents only needed to have a big piece of land and that was enough to get them any number of women or wives who would cultivate the land and provide food for the family.

The women did the production while men only needed to own the means of production including the Labour- their wives. That was it. You didn’t have to buy the land. You got it from your father.

There was no need to pay school fees, medical care or bills at home (power, water, TV, internet, garbage, security etc). Being a man was easy.

Today, being a man is becoming harder. In the past, men had access to information, had the education, land, money, and most of the social capital needed for survival. They had an advantage over women. Today, access to those resources and advantages that made us men is changing and becoming limited.

Because men had enough land and didn’t have the needs we have today, literally every man can be said to have provided for his family. It was by default. He didn’t have to do much except to town the means of production and utilize the previledges society gave him.

Today, sometimes you question yourself and wonder what man is left in your man. The women we are interacting with have same education if not better, they have information, own resources, they can reason as we do and even better (I have noticed this with my management at home).

Basically the woman has come full. What used to make us special has almost disappeared. In some families, you find the woman is earning more money. So the basis for our previledges is constantly being questioned.

In many homes, the women are literally taking care of everything. We are almost playing on a leveled field if not already unleveled.

And I think this evolution has happened so fast that we have not been fully prepared to accept it. The woman can do just as much, if not more than, we can do. It’s scary to think about it

Today, at job interviews, chances are very high that the woman will beat you. They are more articulate, well educated and trusted especially in some domains. But things are changing, the woman is getting everywhere. Even jobs that remained a monopoly of men are changing.

One time, we had an argument with my wife. Clearly I made my case and she respectfully but firmly dismantled it with her facts. What was left was for me to agree with her but I refused. Yes I refused. I felt, I must admit, as though that was all I was left with- The privilege to make decisions. In all other areas, we were leveled. She had the education, she had the resources like myself, she could reason… she had a job and she could make her case very firmly and challenge me- respectfully. So at some point I felt, disarmed and it was frightening. I felt as though she had burst my mystery that kept me privileged.

I coiled and accepted her opinion and I should admit we made a very good decision. But at first I felt like my power was being challenged.

I see this in many families. The woman clearly sees that what the man wants to do is wrong but he takes the day because he is the man. Then, everything fails.

I don’t know if others feel the same way but I think that the boy child needs to be re-oriented to co-exist with their partners as equals. My experience with the manager at our home is that women don’t really pride much In having power. The need to feel their ego is much less. In fact, many times, they do the stuff and let society think it is us the men who have done it.

We walk our of our homes feeling big big when actually she paid the bills or contributed very hugely to a project. We are labeled the owners of things when in real sense, the women are the true owners.

There are many times my wife has either given me money or done a project but she let me take lead. I admit, she thinks through things more than me. But no matter what she does, she lets me appear as though it was me. It’s not in them to claim credit. It’s kind of funny but true.

So, I think as men, we need to groom our boys to not feel threatened. Sometimes we just refuse for the sake of exercising power. Just to show that you can refuse and she won’t do nothing.

In my early days of marriage, and even sometimes even now, I felt and feel that urge- The urge to just refuse just to prove that you are the decision maker and it’s not good. I am learning and unlearning… and I appreciate her patience.

I think we need to rethink what makes us men and understand what that means. Otherwise, it seems the traditional view of being a man (being a provider and owner of resources) is being challenged. Many women can provide for themselves and their families without the man. When that happens, do we still remain men if we keep the tradition meaning of what it means to be a man?

Today, many women have more opportunities to get a job in certain fields than a man. I fear that soon, women, having been raised to work hard, and be more resilient, May make it even harder for us to get jobs. They seem to be oerforming better than us. Now, I don’t know what will happen if we don’t pull up our socks.

There are days I am seated in my chair and I ask myself, but what makes me a man in this house? what more can I do to make myself a man? If I wasn’t in this house, what would my family miss apart from my physical presence?

Those questions are scary but ones we are facing every single day. I wonder what others think about this issue! Some times I just burry my head and say, hanie I am the head of this home but after she has left, I think to myself, ‘but honestly she is right. She is absolutely right. Oba I accept oba I wait to tell her that we go by her view?’ And the times I have accepted to go by her view, we have made very solid and strategic decisions.

How do we redefine our roles and identify as men? What does it mean to us as men? How can we raise our children better. Not feel intimidated by celebrate empowered women. Myself I am still a patient- a victim and beneficiary of how society has raised us. But I think our sons can be better raised.