by Watchdog Uganda
in Conversations with, Op-Ed, Tourism, Travel
7 0 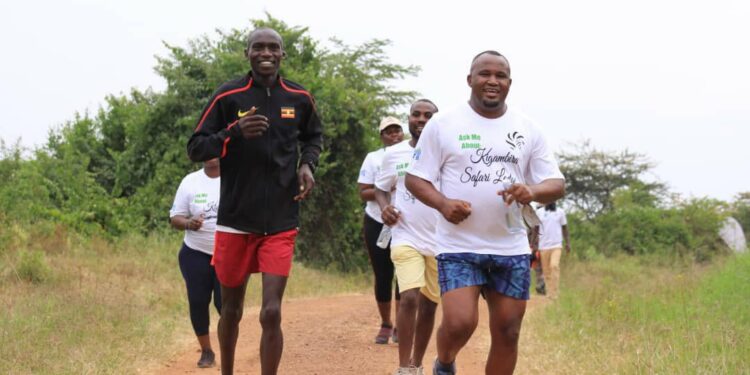 Last weekend close to 500 Ugandans led by Olympic Marathon Champion Stephen Cheptegei participated in the inaugural Kigambira Safari Lodge-Lake Mburo National Park tourism marketing marathon within the park. With just that one event, 500 people entered the national park and the park registered an income of about seven million shillings in entrance fees.

If each of the 500 marathoners spent at least Ush.100,000/- in meals and accommodation from Friday to Sunday. That means that the economy of Lyantonde through Akageeti, within the park, Sanga to Biharwe and Mbarara registered an income of 50 million in just 48 hours.

And there is an assurance that within the year, 50% of those Marathoners will return to the park for longer stay and if they are well looked after by the lodges, these are tourists that will be hooked for life. For at least a week, because of the marathon, the media spotlight was on Lake Mburo National Park. Now Ugandans resident in Kampala where over 70% of the economy is centred know that Lake Mburo National is just 4 hours away with its great offers of wildlife and exciting experiences such as horse-riding expeditions, boat cruises. All this because of a single event; the Kigambira Marathon. 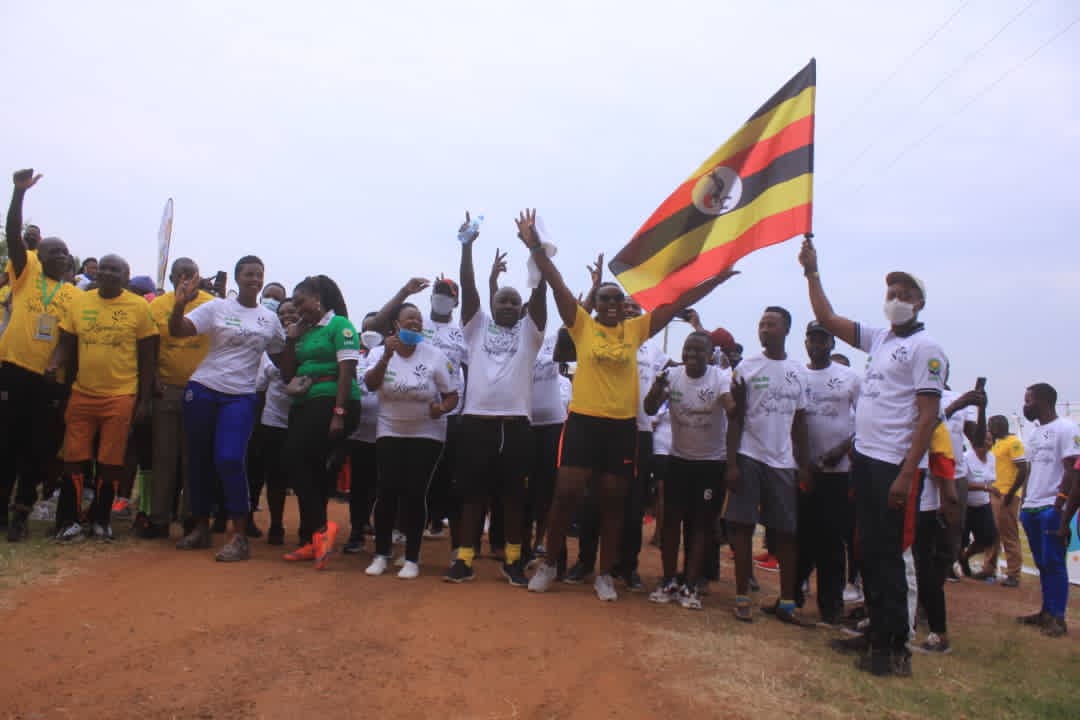 Before the dust could settle down, this coming weekend, the Rukaari Resort-Lake Mburo National Park Safari Rally will be in the same area. This being a national rally calendar event, the number of rally fans is expected to be over 1000 people. Room occupancy will spike and just as it were with the marathon, food and accommodation will be needed. That means lodges and other accommodation spaces will bring in close to Ush.100 million in just 48 hours. So in just 2 weeks, two events rotating Lake Mburo National Park has brought in close to half a billion shillings.

Therefore, if these become annual events, you can be sure that the hospitality trajectory around Lake Mburo National Park will change forever. A number of lodges will come up and current ones will upgrade to high-end clientele.

Maybe if we look at the international stage, this issue will sink in. A look at the game of tennis, we have the French Open, the Australian Open and American Open and so many other games such as Tour de France, Golf and the grand prix. All these games have a huge travelling fan base. Wherever these games are played, the host cities earn in billions. But also, the hospitality industry grows every passing day. When such games are ongoing, homes are put up for rent at top dollars and the owners or residents may choose to go on holiday or push further in the country for the period of the games.

We can replicate such for our different regions. I understand someone is constructing a motor-cross circuit in Arua. Another investor can consider a hike in the crater for 5 days to explore all the 32 crater lakes of Bunyaruguru. This is the place with the highest concentration of twin crater lakes and empty craters in the whole world. It implies that this can be an annual hiker’s escape and it can bring in millions of shillings annually in travel, accommodation, and food. It would even lead to the rise of homestays without necessarily turning every nook into a lodge. When travellers have gone, the facilities revert to original use. It is such events that will attract Ugandans to travel their country.

While this is all possible, it is not lost on me that many of us have a fisherfolk mentality and the leadership is not any better. We sometimes think opportunities will always be there. It is said that fishermen will squander today’s income from their fishing expeditions with the hope that since the lake is not migrating anytime time soon, they will go back tomorrow. While travelling to Kampala through Mityana, I thought that as I get closer to Kampala, I will find the cost of petrol a little down. In Fort Portal, a litre of petrol at the beginning of this week was as high as Ush.8,500/-. That is two dollars and half. So as I edged closer to Kampala, while the fuel guage was developing COVID-19 symptoms, I turned in Nile Energy fuel station. A litre of petrol was at Ush.6,500/-. One of the travel advisories is to avoid carrying fuel especially petrol in the car. So, the full tank could not take me to Fort Portal and back. I needed to top up halfway the journey.

As I got less than 8 litres for Ush.50,000/- I remembered the billions of shillings that were spent in renovating the oil reserves in Jinja and that if we cannot use them at this time to stabilize the price of fuels, when do we get to make use of them? I am aware this was self-inflicted poison. In pursuit of $30 from each of the 2,000 fuel tankers from Kenya (about $60,000) per day, the economy is losing over $150,000 per day since everything else is influenced by fuel costs. Anyway, I will not say much on this otherwise, I maybe a guest of the state at Kitalya prison. I may annoy the persons of the fisherfolk managers. And my people will be quick to remind me that a foolish dog will want to bite at the leg of an elephant. Let me cook katogo and lay beds for clients at Naalya Motel Nsirike (keep quiet).