by watchdog
in Op-Ed, Politics
6 0 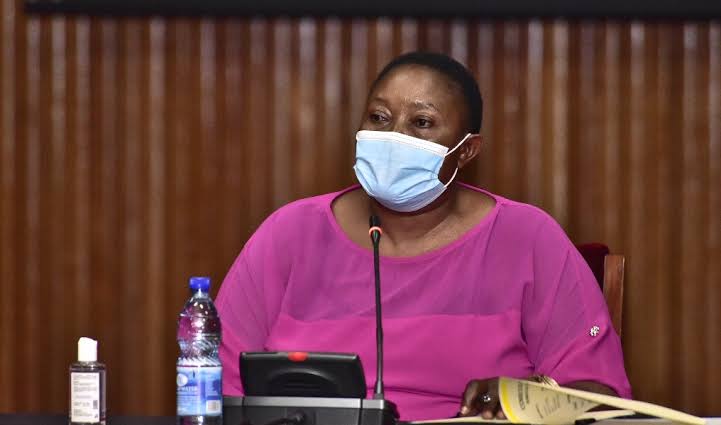 When, on July 9, the Minister for the Presidency Milly Babalanda heralded her assumption of office with a ” Kazi Moto” approach to work, spearheaded by transparency, competency, and timely delivery, mummers of “that’s what all politicians promise on their inauguration” must have been sounding from the silent crowds of naysayers.

But less than a hundred days in office, the atmosphere at the Presidency is truly a disappointing ones for the sadists, and a cause for early jubilation for the backers of the new administration.

Zero tolerance to corruption, effective service delivery, transparency under an open door policy were key among the pledges of the Minister to the public as she received instruments of power from her predecessor, Esther Mbayo.

The anti graft fight has so far been the most salient feature of the Babalanda tenure, at least to the public, with Investigations instituted against some top bosses of a certain government parrastatal, confessions made, and sacks of taxpayers’money recovered.

Reports of more clandestine in house probs have been mentioned, all of which calls for a deserving applause to the reliably independent minded Minister and her very effective handlers. Yet still, this will not be my area of focus for today.

Ask a fisherman about the lake, and let the hunter tell you about the forest. As a Residential District Commissioner ( RDC), and office directly under the supervision of the Babalanda- led Office of the Presidency, I will comfortably talk about the positive transformation I have witnessed there, first-hand.

No more sleeping at work. When she took office in July, the Minister made it categorically clear that her’s would be a field based tenure.

The existence of both the RDCs and their Deputies in the same district had always been a source of friction, especially regarding the roles of each. RDCs accused their assistants of insurbodination and back stabbing, while the former claimed they were always left without any powers, and often rendered redundant. This had always caused some unhealthy working relationships at the work place.

But the Minister has since guided on the boundaries of each one, and also emphasised the principle of team work, something that has returned harmony and brightened the prospects of good service delivery.

Not only has she promoted intra- sectoral team work, but also inter- sectoral. As representatives of the President in the respective districts, the new administration has often guided that monitoring of all the activities in the district falls under their mandates.

This thus means that effective execution of the role is only possible with coordination with all the other sectors of government in the district. The Chief Adminstrative Officers(CAOs), The District Health Officers, Security, the political wings, among others.

There have been numerous physical and virtual interactions between the Minister and the RDCs, often times cautioning, and issuing guidance where many have erred. The biggest, and one of a kind happened last month where all District security committees interfaced with the Minister, officials from the Presidency, Police,the army, the judiciary represented by Director Public Prosecutions Jane Frances Abodo, ISO represented by Deputy Director Major Emmy Katabazi, representatives from the local government ministry, among others.

Over 10,000 participants attended the meeting, and key among the presentations was on how the different sectors can effectively execute their respective mandates in a concerted manner. At the end of the one day long interaction, officials knew, with certainty how to handle complaints from the community and under their offices,and most importantly, as security heads in the districts, how RDCs could facilitate efficient, and conclusive prosecution of suspects of crime.

The weekly reports from the RDCs and their Deputies has so far been a master tactic of getting the officials from slumber. Districts are buzzing with life again. No single activity in the districts will go undetected as the officials are always on the look out to detect reasonable information to report on their end of the week filing. Previously, this happened quarterly, and only RDCs would report, but not their Deputies. The new directive has understandably, gone a long way to bridge the information gaps.

District Security Committees ( DSC) have been awakened and refreshed in all the districts to effectively curtail crime and insecurity like the one that has recently disturbed residents in Mukono. Directives have also been issued to the officials at the districts to reinvigorate sabordinate security committees at the Sub County, Parish, and village levels to effectively flush out all elements of crime in a timely manner. These will go a very long way in complementing security agencies in arresting criminal elements and gathering information for the overall pacification of the country.

The Minister’s open door policy has perhaps been the most effective strategy of the new administration at the Presidency.

Under the new policy, the public is directly encourage to take an active part in monitoring service delivery, and facilitating the fight against corruption. As such, a toll free line, in the office of the minister has been issued to the public to report on short comings, and also for direct information flow.

The policy had earlier brewed discomfort among the officials who feared that some negative forces would use the opportunity to report them out of malice. Over the time however, all allegations against RDCs, and staff have been thoroughly investigated, and those implicated only questioned after substantially establishing the mess. As such, all have been placed on alert, something I strongly will reinstate efficiency and excellence for the future.

The new Minister has been in office for just a little over three-months. Her promise to the public, while assuming the new role in July was excellence, and shining the image of the Presidency. The task ahead is, understandably, a daunting one but the first days have clearly demonstrated that there could not have been anyone better for it. How the President’s fisher- woman is shinning!

The Author is a Deputy RDC Buvuma Island District. Reach him on jumakigongo@gmail.com