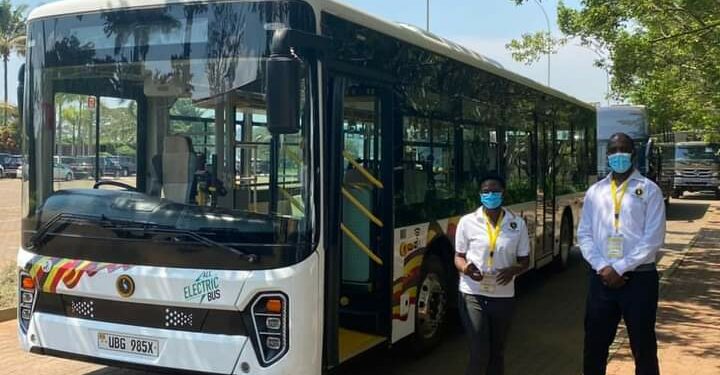 Cars may have started as means of transporting people and goods from one place to another. That may still be the case today but how a car looks like and functions matter more than ever. In a world, where car models are released every so often, how they look also matters. A global automotive executive once told me that cars are fashion statements. Besides functionality, people buy cars for almost the same reasons they buy other stuff like clothing, shoes or which hangout to frequent.

In Uganda and most of rapidly urbanizing Africa, there are other aspects to consider too. Besides the financing options, the cost of running a vehicle for a day in a clogged city with unbelievable traffic can be enormous. Many people drive with one eye on the fuel gauge and the other on the price boards at fuel stations. A small variation in price, sees motorists thinking of abandoning their trusted brands to stations whose name they can’t recall even after a few times of prompting.

As the cost of buying cars and maintaining them skyrockets, the other alternatives like public transport in most of Africa remain challenging. Many young people end up working for transport and remaining with nothing thereby entrenching them into generational poverty. There is no continent that is as urbanizing as Africa today. If we don’t solve transport challenges, we will miss the opportunities that come with urbanization.

One way of solving the challenge is by fast tracking processes that can increase electric mobility on the continent. The Uganda Revenue Authority licensing regime is still stuck in expensive internal combustion engine vehicles. There are no clear guidelines on how one can get a license for an electric vehicle. In 2021!

There are some companies in Uganda that are trying to turn motorcycles into electric bodabodas, which enable the riders to earn a little bit more income while at the same time protecting the environment. Due to unclear guidelines and/or lack of incentives, they largely have to get the typical motorcycle, remove its engine and replace it with batteries. This makes the motorcycle expensive to acquire although it’s cheaper to operate and increases the rider’s daily incomes.

I believe if there was a critical mass of electric bodabodas in the city, the transport rates would go down. Bodabodas aren’t only transporting people, they are playing a critical role in e-commerce. Almost all people doing online businesses in Kampala, somewhat depend on motorcycles to deliver goods and even services such as laboratory blood tests. Electric mobility would significantly reduce the cost of doing business, increase the profitability of these businesses and ensure that we reduce the common statistic of businesses not celebrating their fifth anniversary.

Although the numbers are hard to come by, there is an increasing number of especially young people starting online businesses, selling all sorts of stuff. From passion fruits, clothing, and even offering services such as home education and they all largely depend on the bodabodas or motorcycles.

Sometimes they don’t make sales though because of transport. To deliver 60 passion fruits worth Shs10,000 from Nateete to Najjeera costs almost the same cost of the passion fruits themselves. A customer who is willing to buy from a certain trader ends up failing to place an order just because the transport cost is too high. The trader’s business then fails to make a sale, which reduces its profitability, leading to eventual collapse. Bodabodas also employ a lot of people.

As we talk of electric mobility and as the world abandons internal combustion engines, cars and even bodabodas will increasingly need electronic components such as advanced control units. These components will contribute as much as 50% to the price of the vehicle by 2030. Can the likes of Kiira Motors and all these electric bodaboda companies be buying these units from Uganda instead of importing them? Engineering students at Makerere and other universities can easily make these components.

A car is perhaps the most complicated technically advanced consumer good ever made. It is a unit of approximately 30,000 parts. Once many of the components can be made by a country, then almost anything can be made. If one can make a vehicle’s control unit, they would be able to make MRI scans and such other devices. The automotive industry is a catalyst for sustainable manufacturing. And transport is a key business cost, which can be reduced by electrifying it.