by watchdog
in Conversations with, Op-Ed
17 0 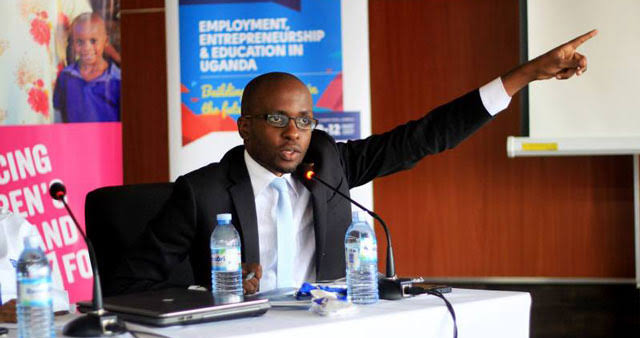 In Uganda, we have a rival powerhouse whose crew features a motley collection of unrivaled bandits, peerless looters, and infamous robber barons, managed under the record label, NRM. In their Hall of Shame, one man stands out for his brazenness, greed, and dripping arrogance.

It’s been years since he last performed, at least publicly, but his name is synonymous with legendary and record-breaking thefts of public funds. In 2006, for example, he was exposed as a co-conspirator after the lid was blown off a million-dollar case of grand larceny. Together with his deputies, Major General Jim Muhwezi hauled nearly two million dollars off a donation to his Ministry of Health, meant to procure vaccines for children.

A little over a month in office, the Corruption League’s MVP has already trained his sights on the pockets of dispossessed Ugandans. Under the laughable pretext of combating rampant crime, most of which is obviously state-sanctioned—the pilferer has dubiously awarded a shady deal to an insolvent entity—the subject matter of which is vehicle numberplates that carry a tracker chip.

From stealing the food of peasants in Luwero during the Bush War, to embezzling public funds at every turn, and now, to the heights of surveillance capitalism!

Next, we will be required to install tracker chips in all our household electronics and devices, for security purposes. This cannot be the liberty our grandfathers and mothers fought for to attain independence from white supremacy.

It is not clear which one is more despicable: the recycling of unreformed convicts in public offices, or their lack of remorse, and sheer contempt for Ugandans. The outright violations of privacy that this outrage portends, and the affront to Uganda’s national security is unthinkable.

For Muhwezi, it’s just another day in paradise, in which he gets to direct yet another raid on the public purse, and after a slap on the wrist, be let off the hook. Until the next episode.

There’s a difference between the two franchises though:

Whereas Vin Diesel and Crew have given big screen lovers allover the world a great deal of adrenaline rushes with their performances for over a decade, Jim and his roving NRA gang have left despair, loss, and death in their wake.

As the world impatiently looks out for the next Fast and Furious motion picture, Ugandans await Digital Numberplates, from the director of the Global Fund Theft, coming soon to a cinema near you!

Except it’s not a movie.