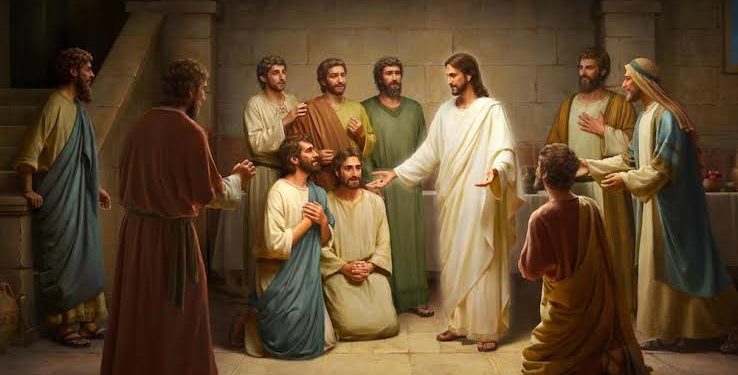 I would like to write to our esteemed readers about this topic which to some, is highly contentious yet it is so clear in many of the Bible lines.

I highly contradict with views of some who believe that Jesus did not have blood brothers, something I regard as unbiblical, baseless and lacks hermeneutical understanding. Such views are carried by adherents of the doctrine that aim at maintaining the virginity of Mary, the mother of Jesus.

Believers should get cautioned that such belief stems from wrong Bible study which leads to wrong interpretation and eventually wrong application hence heresy/cults.

I will affirmatively make submission that indeed Jesus had brothers, it is Biblical and vivid.I will also cite scriptures then make commentary.

Second, having your presupposition which is not theological exegesis becomes eisegesis.

Basing on Mk. 6:3, “isn’t this the carpenter? Isn’t this Mary’s son? and the brother of James, Joses, Judas and Simon? Aren’t his sisters here with us?……..” tell us the family members who appeared in company with Mary at the beginning of Jesus’ ministry. Cf Mt.13:55.

While the word brothers may mean colleague, friends, or generally (brethren) which is neuter and may mean both brothers and sisters, it also means the son of one’s mother or father. The African culture holds it better. But the latter is the meaning attached to above text. They were the brothers of Jesus whom the Bible says they did not believe in him (Jn. 2:12) but did so at the close of his ministry (John 7:4,5).

In Matthew 1:24-25, the Apostle says “He married her but did not know her intimately until she gave birth to a son.” Matthew presents Jesus as Jew to the Jews and true son of God, of virgin birth. The word “know” is the very word used in Genesis when Adam had intimacy/ intercourse with his wife Eve. (Genesis 4:1; “Adam was intimate with his wife and she conceived.”) in New International Version NIV, it is rendered “lay” God did not allow Joseph to know Mary much as she had been betrothed to him until she gave birth to Jesus. This could be because he wanted to keep his promise of virgin birth and also preserve the status of Mary as earlier prophesied (Isaiah 7:14) but that doesn’t mean Joseph permanently did not “know” Mary as does a husband and wife.

Can We use this statement to get the related meaning? “He did not enter until he knocked on the door” would similarly mean he first knocked, before he entered. Therefore, he entered.

It is wrong to use Matthew 1:24-25 to believe that Joseph did not have intercourse with Mary after the birth of Jesus.

Furthermore, it is a wrong interpretation from Mt. 1:24-25 that “Joseph and Mary having no sexual union with each other until birth of Jesus denotes time without limitation”.

Such a statement has a connotation that Joseph and Mary may not have had sexual relationship yet the Bible puts it clear that the duo were wife and husband whose stay together wasn’t short lived for only the purpose of having the birth of the son but it was a long-lived stay. They went to Egypt in captivity with their son until the death of Herod (Mt. 2:13-15) and came back to their own land in Nazareth to fulfil prophecy (Mt. 2:23).

In addition, Luke 8:19 says Jesus’ mother and brothers came to see him. Here he does not mean the colleagues or friends but blood brothers cf John 2:12 “He went to Capernaum with his mother, brothers and disciples.” This can now tell us the fondness and specific sense of the word brothers of Jesus. Actually, the best term to describe the relationship between Jesus and his brothers would be ‘half- brothers’.

Merriam Webster defines half-brother as: a brother related through one parent only. Jesus was of virgin birth through the Holy Spirit while the brothers were of human descent through Joseph.

The Bible further says his own brothers did not believe him (John 7:5) but after the resurrection, they are found united with the disciples (Acts 1:14) and afterwards mentioned as Christian workers (I Cor. 9:5). Bible reveals one of them as James the author of the book of James (Galatians 1:19) who became a distinguished leader of the Jerusalem Church (Acts 7:17; 15:13).

Lastly, Bible has a string of same names used e.g. John, James, Herod, Simon etc. that require contextual understanding of who in particular is being referred to.
All the theories to deny that Jesus had brothers must have originated from the wish to maintain the perpetual virginity of Mary yet naturally the frequent company of Mary and the brothers of Jesus suggest she (Mary ) had other children born after Jesus in her relationship with Joseph.