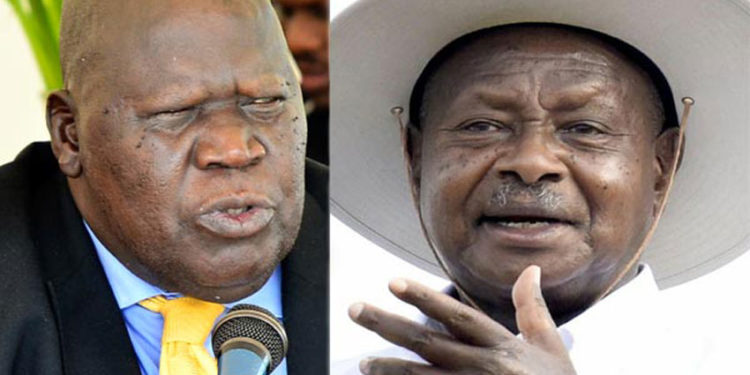 The Muni University Meeting that happened in 2019 was about investments but General Moses Ali had no such thing in his mind when he came to open the symposium. As a former Minister of Finance he could have spoken on how things were in the 1970s compared to now. Instead he decided to talk about power. How it is got, secured, retained, maintained, used, abused and also how it is lost. In particular he spoke about small behind-the-scenes maneuvers that determine the contours of power and give a winning edge to a doomed prospect.

His context was durable peace as a precondition for economic prosperity. And the good old General is amply qualified to talk about war, peace and power. He has been part of the military elite that grabbed it, used it, abused it, lost it and tried to regain it!

The house was attentive. After all we all wonder where this blessed Republic is heading but we have a clear idea where it has been and where it is. Therefore getting new viewpoints and revelations about decisions made in the past may help us better understand the present and possibilities for the future.

If you have wondered why the fallen Libyan Leader Muammar Gadaffi was such a great friend of President Museveni and why he had such influence on him then you should have been at Muni University. According to Moses Ali, the fall of Idi Amin was not a result of a liberation war but an invasion by a neighboring country. In his speech he kept referring to those who ousted Amin as “the so called liberators” whose bickering has cast a long shadow over our politics.

He revealed that the ousted Amin soldiers remained organized even in exile and watched with interest as “the liberators kept liberating themselves”. He spoke of the short lived presidency of Prof. Yusuf Lule, the unstable Godfrey Binaisa government and the Paulo Muwanga led government that paved the way for Milton Obote’s second coming.

He explained the dilemma Obote faced after the death of Oyite Ojok in a helicopter crash. He said in military tradition it is bad practice to promote a junior Officer bypassing his seniors without retiring the seniors. In his view the senior army officers felt slighted by the elevation of Smith Opon Achak to the powerful position of Chief if Staff. Eventually grievances turned to open rebellion and Obote was ousted in a military coup.

Moses Ali said that all the rebel groups that were fighting Obote’s government had a secret pact mediated by Gadaffi. The pact required that under no circumstances should they fight each other.

However when Obote fell, Moses Ali and his group of exiled former soldiers got an invitation from the Gen. Tito Okello Government to join forces. They accepted. But the other groups like Museveni’s NRA remained adamant. Eventually they agreed to peace talks in Nairobi which were concluded in mid December 1985.

Museveni signed the agreement but he had a Plan B to make a final push and oust Tito Okello. The troops under Moses Ali’s command were deployed to prevent the NRA from crossing Katonga. When Museveni announced that his troops had rejected the Nairobi peace pact and would not honor the ceasefire, the only force standing between the NRA and Kampala was the FUNA forces under Amin Onzi. Salim Saleh received orders to advance. Fierce fighting followed. His march was halted.

How then did the NRA overcome this military blockade at Katonga? Moses Ali revealed that he received summons from Gadaffi. When he reached Libya he found himself face to face with Museveni – the man whose troops were stuck at Katonga. Gadaffi reminded them of their agreement that they shouldn’t fight each other and basically ordered Moses Ali to pull out his troops from Katonga. Moses Ali complied and the troops left Katonga and marched back to West Nile. With the way clear, the NRA was able to take over Kampala within one month and one week from the date of signing the Nairobi Peace Agreement! Now we know.