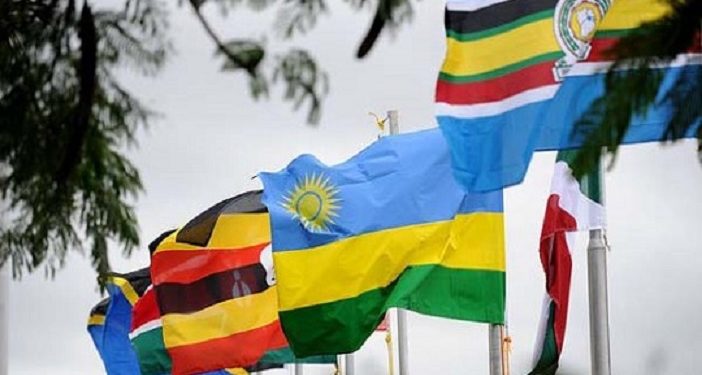 First world democracies don’t solate allies in emerging nations by imposing sanctions. For decades, Uganda has been a strong ally of the West, cooperating in peace missions of African flashpoints—South Sudan, Ethiopia, Eritrea, Somalia, Democratic Republic of Congo, Burundi, Rwanda, Mali, Darfur region of Sudan and Central African Republic. This has been an enormous task, for which president Yoweri Museveni, who is advancing towards his 80th birthday, says he has failed to identify a suitable replacement for himself. The leadership disparity, however, is squarely blamed on his ideological gaps in mentoring leaders. He is not supposed to identify a replacement. He is supposed to mentor, not only one but several of them.

The NRM ideology champions ‘dominant’ concepts that are sensitive to building formidable persons capable of leadership roles. At best, it blocks avenues from which such persons could emerge, in due course stifling human rights to utter dismay of allies. It is from this perspective that Uganda is currently viewed globally—leading to attraction of isolation and international sanctions.

By contrast, long-term regional victims of international sanctions; Sudan and Burundi are strongly emerging from oblivion into international limelight.

The U.N Secretary-General Antonio Guterres opened the way-out in 2018. He advised the U.N. Advisory Committee to consider relocating a U.N regional base from Entebbe, Uganda to Nairobi, Kenya. The base is the center for all administrative, logistical, information and communications technology services to UN missions in Africa. It employs close to 300 Ugandans, 142 international staff.

Mr Gutrerres argues the change will facilitate strong business continuity. After Uganda successfully protested, the U.N differed the matter temporarily. But if it is to be reviewed today, there is hardly a chance for Uganda to retain the facility. The U.N that is currently consolidating its scattered administrative structures under the Global Service Delivery Model (GSDM), has already scaled down its staff presence in Uganda. The changes seek to establish fewer global centers in more secure locations like Nairobi, Kenya; Shenzen, China; Budapest, Hungary and Montreal, Canada.

Although the first Ugandan victim of Washington’s Global Magnitsky Act, Gen Kale Kayihura had already exited from police service, the message sunk deeply among active members of the Ugandan security services. The American law that Kayihura is battling individually for crimes committed on behalf of the state, targets his personal properties and interests as well as restricting his family from travelling to the U.S.

Mr Pompeo lately asked Kampala to promptly release human rights activist, Nickolas Opio, causing president Museveni to have an impromptu meeting with U.S Ambassador, Natalie Brown. Opio has since been released on bail but like Gen Kayihura, a number of Ugandan judicial officials have already been designated for sanctions by Washington. They are Moses Mukiibi, Wilson Musalu Musene, Dorah Mirembe and Patrick Ecobu. They are accused of human trafficking. Both the security sector and judiciary are key tenets in sustaining Museveni’s continued leadership.

At the time Uganda was grappling with threats of international alienation, on December 4, the UN-Security Council declared Burundi a politically stable country and invited international activities there. This follows Burundi’s largely peaceful elections in May 2020, despite the Covid-19 pandemic rage. Subsequently, the E.U has opened talks with Gitega over the suspended economic aid since 2016.

Burundi, which hosts the headquarters of the EU-supported regional security mechanism of the International Conference on Great Lakes Region (ICGLR), is recognized for its vast experience in fighting Al-Shabab in Somalia. It is currently normalizing relations with Rwanda and for as long as Ugandan and Rwandan militaries remain barred from stepping into DRC, only Burundian troops can directly intervene against negative armed forces in eastern DRC.

As Sudan regains global participatory rights, after Washington delisted it from terrorism supporting countries on December 14, it can now assume broader security roles in the region and beyond. These include: (a) Countering Iran-Turkish hegemony in Africa after getting integrated in the Arab security matrix of Saudi Arabia, United Arab Emirates, Bahrain, Egypt and Israel. (b) As host to Ethiopian refugees, Sudan is a legitimate arbiter in the Ethiopian unrest of the Tigray region. This contrasts with Kampala’s stance that is already one-sided in favor of Addis-Ababa. Khartoum is already cooperating with Juba on the economic recovery program of both countries. (c) The new global Muslim outlook towards Israel initiated by the Donald Trump administration is to be significantly shaped by Khartoum as moves towards establishing relations with Israel, quashing the famous ‘Three Nos’ adopted by the Arab League in Khartoum since 1967.

Therefore, whereas Uganda remains a key strategic geographical location for major international interests, present dynamics are driving a shift of activities from Kampala to other regional centers—particularly Khartoum in Sudan and Bujumbura in Burundi.

ANDREW MWENDA: Why Bobi Wine is going to cry next week for ignoring facts

ANDREW MWENDA: Why Bobi Wine is going to cry next week for ignoring facts