by watchdog
in Conversations with, Op-Ed
154 8 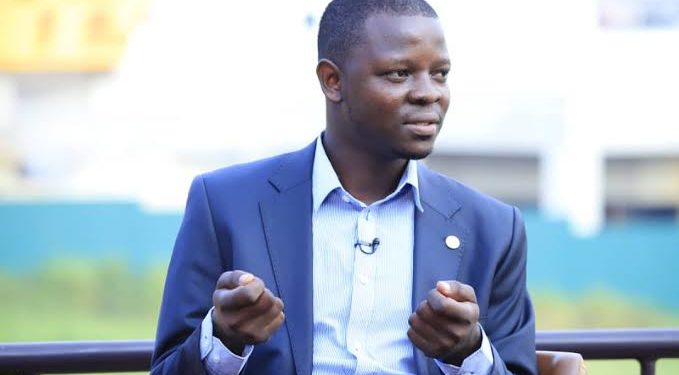 ShareTweetSendShare
Not so long ago, Gen. Kayihura Kale, Uganda’s ex police chief met Nicholas Opiyo. Venue: Andrew Mwenda’s residence at Speke Apartments in Kololo.
That meeting had 3 men: Mwenda, Opiyo and Kayihura. The topic: USA sanctions against Kayihura. The four star General sought to explore the possibility of Opiyo using his American contacts to get Kayihura off the sanctions list. Nich was both flattered and flabbergasted by the General’s request so much so that he laughed and wondered why Kayihura would look for him of all people. He told the General that he had the benefit of being represented by one of the biggest and most influential law firms in Uganda, Kampala Associated Advocates. Nich was also aware that some lawyers had already made efforts to help Kayihura in this regard. Those efforts were not bearing fruits.
“That is why I have come to you,” Kayihura, in his hoarse-ish voice remarked, looking Nich in the eye. There was mutual eye contact and then a silence. Mwenda, pensively looked on, interjecting only when necessary.
In Opiyo’s mind, surely the good-bad old General didn’t need the Acholi boy to help him clean his soiled pants. He knew greater men and women in the land, hither and thither. Kayihura made his case, passionately arguing that the Americans are being unfair to him. He meant it. He had done many things with the Americans anyway. He even gave Opiyo his handover reports detailing his great exploits at the Uganda Police Force.
The meeting went on for hours. Wine was served. And bites too. Mwenda is generally one of the most generous and amiable hosts you can find in Kampala. He will pamper his guests both with drink and intellectual prowess, occassionally decorated with humour and a sharp-brained memory of history and complex global political and economic dynamics. There was, here and yonder, no better setting for a meeting of this nature. You needed the comfort and seriousness for all parties to freely talk.
Nich, now careful with every word that left his lips, perhaps not even sure he is being recorded, made it clear that the task was beyond his human abilities. Long story cut short as we say in Akarimojong, Kayihura went home still pondering how he would get off that list. The Opiyo option wasn’t fruitful. So, in daylight the Generals against whom the USA has slapped sanctions put up brave faces and even dismiss the Americans but in truth, they are actually perturbed by these sanctions and would do everything under the sun to get off the list.
By the time Kayihura reached out to Opiyo, he was convinced that Nich has a real or perceived role in this sanctions business.  Opiyo made it clear that it was a wrong perception. Of course that’s how Kayihura’s peers in the system think too. As more Generals get sanctioned, there will be a pushback both against the USA (hence consistent talk of foreign backers in the election) and local actors perceived to be involved in any way in getting people sanctioned. It is not surprising that Opiyo’s gadgets like the phone and laptop are some of the most treasurable items his arresters would go for. Who does he speak to? About whom? What do they talk about? There is every effort being made to find credible evidence that can pin him not for money laundering and failing to file returns but for being a comprador of American interests in terms of going after some of the most feared men in the land.
It’s a matter of life and death for many of the victims of these sanctions for you aren’t being sanctioned for violating Covid-19 guidelines but gross human rights violations including massacres in the case of men like General Elwelu. It is as good as being called a killer with an international banner to the allegation.
That’s not a badge of honor your family wants to carry. I personally think that these sanctions actually complicate transition politics both in Rwanda and Uganda where both presidents’ anchor men have been put on international black books but we shall analyze that another day.
Anyway, there’s more one can say but it’s Christmas Day. So Opiyo’s problems, I strongly feel, emanate from the sanctions and Kayihura reaching out to him a few months ago speaks volumes. I saw someone on Twitter discussing the ingredients of the offense of money laundering. LOL. That charge is only a scare crow tactic of persecution. A red herring. What I know is that Opiyo is easily one of the most well meaning Ugandans one can find. He acts with malice towards none, charity for all and firmness to the right as Abraham Lincoln would say. Our Generals are therefore acting out of the mistaken belief that he’s part of those going for them. Nich just does what he loves in the most professional manner possible and goes home. I would comfortably rank him only second to Ladislaus Rwakafuuzi in terms of principled and genuinely committed human rights Advocates in Uganda. Like Lad, Nich is blind to your tribe, religion, political affiliation or even socio-economic status. It’s sad seeing him go through what he’s being subjected to. He will be vindicated sure as day follows night. Merry Christmas Comrade Opiyo.
Do you have a story in your community or an opinion to share with us: Email us at editorial@watchdoguganda.com