ALBERT WABYOONA: Corrupt Captain Mike Mukula has no moral authority to comment on anything about Bobi Wine

by watchdog
in Conversations with, Op-Ed
12 0 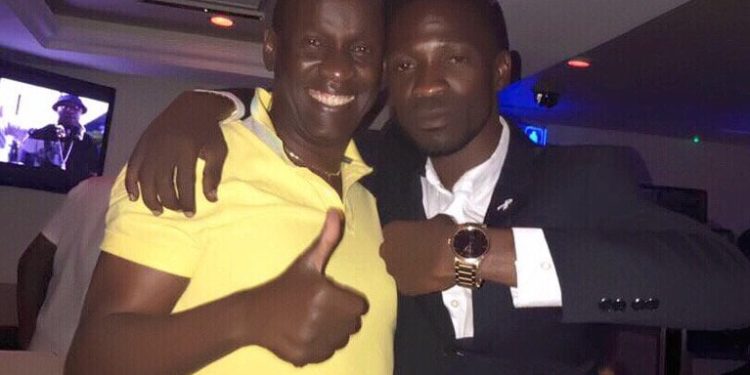 Capt Mike Mukula with Bobi Wine a few years ago

A few days ago, the Eastern region National Resistance Movement (NRM) Vice Chairman, Captain Mike Mukula said that Bobi wine is unfit for Presidency because of his academic background. In his words he said “Someone with a diploma in Music Dance and Drama (MDD) wants to lead this country called Uganda. This is not a theater, or music industry”.

Well, I respect Captain Mukula’s views, however I would like to remind him that sometimes it’s not all about what you studied to succeed in life, but rather how you market your skill after School/College. I have seen very many people abandoning what they studied for businesses, entrepreneurship, politics, farming..or even switch to a totally different employment career.

Captain Mukula should understand that life dynamics requires flexibility and not rigidness, meaning people can change from one career pass to another, that’s what life is all about. If people could only do what they have studied, then only accountants would be in Banks, only engineers would work in engineering companies, only political scientists would be in politics, only doctors would be in hospitals, name it. Anyway, what do Boda Bodas study? Riding? Customer care? Business management or defensive driving? Don’t they do a perfect just job to the development and growth of our economy?

Bytheway, Captain Mike Mulula did not study Political Science, but he’s in active politics, otherwise he should be responsible for the flights, the crew, the passengers and the aircrafts NOT politics. He would be ensuring that all the necessary checks are made before, during and after the flights but NOT participating in active politics. Secondly, captain Mike Mukula has no moral authority to comment on a serious young and very lucky man like Bobi Wine because Mukulas’ bad and corrupt leadership is well known in the country and it dates back the times of GAVI funds.

Bobi Wine may not be fit for Presidency, but he’s message for good governance is very precise and clear, it inspires many, both young and adults, learnt and unlearnt.

The late Iddi Amin(R.I.P), the former president of Uganda was not that much learnt, but he had Uganda at heart and his contribution to the development of Uganda can’t go unnoticed. We have seen many unlearnt fellows being successful in life, and also employing the learnt.

I therefore expect captain Mike Mukula to retract his words against Bobi Wine and concentrate on his party’s activities.

The writer is a freelance and an independent social researcher with a kin interest in political economy, governance and other socio economic dimensions of development