Are you an endangered specie? Is the struggle real? If the answer is yes, take off some rest and get a good laugh- Candidate John Katumba.

” I don’t speak the change, I make the change” is how he sells himself. If you missed his arrival at Salt Tv’s studios, here it is in still pictures. 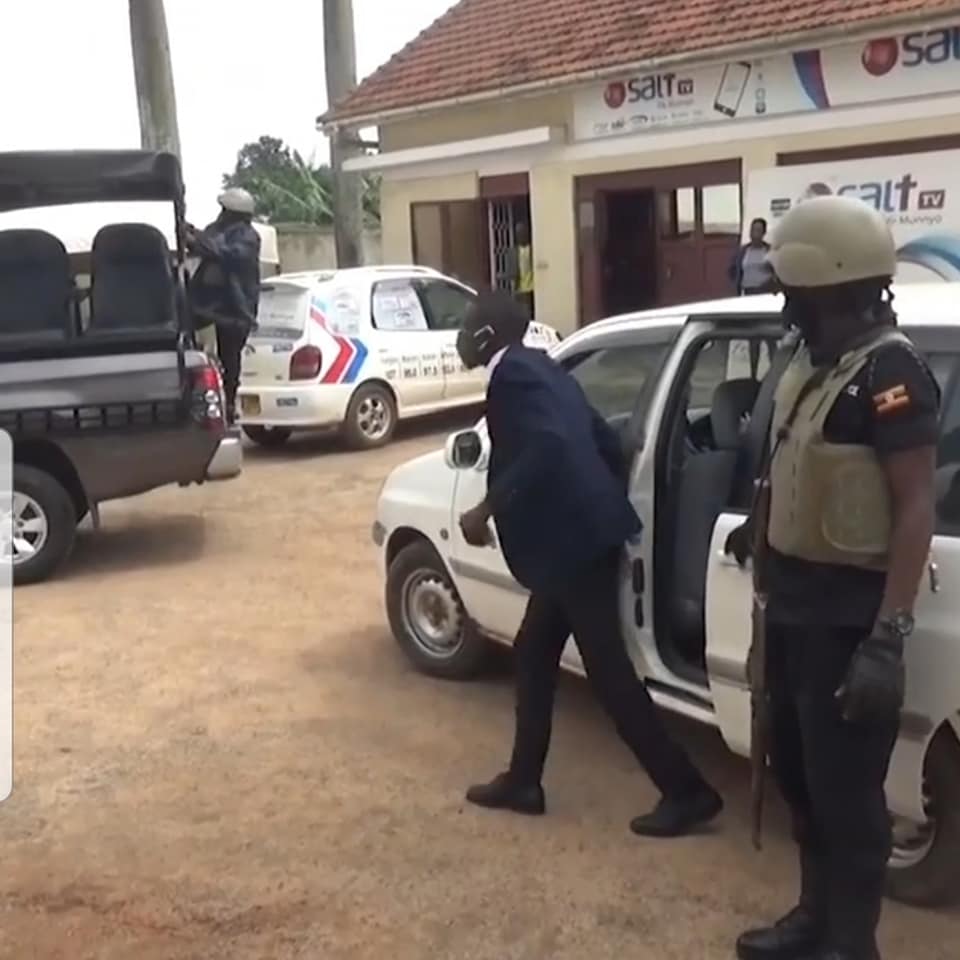 The ‘president’ was scheduled for a Tv interview but seemingly running late due to his busy schedule. So no sooner did he arrive in his chauffeured vehicle, than his security detail swung into action.

The lead bodyguard slid the door and stepped aside; the president emerged. One look to his right, two steps to his left. Then came the moment of his presidency – he paused and stretched out his arms while looking at the police escort vehicle in front before hastily taking a right to find a waiting Salt Tv host. ‘Silina budde, let’s get over with this’ he seemed to say to him. The host obliged.

I have watched the video a million times and I can’t stop laughing. The kid is a brilliant actor. An entertainer. Far into the future, he will be re-playing this moment to his grand children and say ‘bazzukulu nange naliwo’.

From sprinting to the nomination venue, walking to and from home; eating kikomando for supper and lunch as he laughs at his hungry looking body guards, to begging journalists to deputise for him at a campaign rally in Acholi, candidate Katumba has been a master piece.

And when he’s done with winning the vote, he will make the change; give us jobs, fight poverty, protect our land, compete on global trend and build everyone a house because God is on our side. KATUMBA OYEE! KATUMBA OYEE!