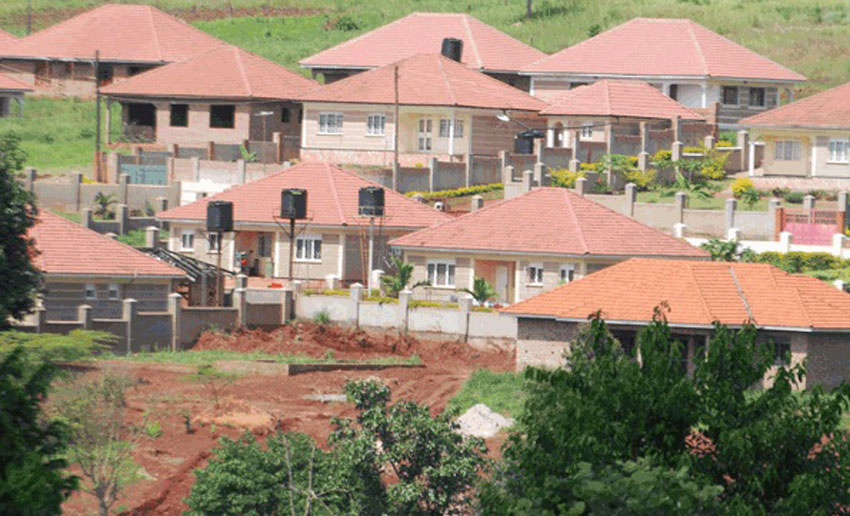 There are many African proverbs about a man owning a house. And indeed in some African traditions, one to become a man had to leave their father’s home and build himself one. It was a taboo in some cultures for a man to still live in his parents’ house after the age of 18. I think in those days, there was no renting. You simply had to build a house using freely available vegetative materials — in most cases it was a grass-thatched hut. You just needed labour. And anybody could really build themselves a hut without any outsourcing or awarding contracts to some mason commonly referred to as engineer.

Because we are essentially still believers of our past traditions, we haven’t really understood the difference between building a house in Kampala today and one where land was freely available and the grass and reeds were in the neighborhood — again free of charge. And that has put a lot of pressure on people to build their own houses even today. The question is should you build or rent? Isn’t it cheaper to rent than to own a house? When should you build or own a house?

If you are into business, building your own house may tie up your money you would have used to expand and grow your company. I know two Uganda billionaires who rented long after they had become wealthy. One owns a chain of gigantic supermarkets (by Ugandan standards) and the other is a Kikuubo trader with a couple of arcades in downtown Kampala. For a long time, they lived in rented houses. Both these billionaires moved into their own houses less than 10 years ago long after they had become real captains of their respective industries. They knew that building their mansions would tie up their money and curtail their business’ growth.

Any house worth living in, in greater Kampala costs in excess of UGX100m. That is money, which if invested properly could turn one into a billionaire in a few years. Yet if you live in your own house, the costs go up. How?

The first thing when you move into your own house that goes up is transport. I am assuming here that you will own a house a distance further than where you have been renting. That is usually the norm. If you have been renting in Ntinda, it is most likely your house will be in Gayaaza, Kira or beyond. That increases your transport costs. If you have other people like students in tertiary institutions that you pay transport for, that further increases your bill.

And either you will have to leave your house before 5.00am in order to be at your place of work at 8.00am or spend so much time and fuel in the unforgiving Kampala traffic jams. Remember, you will also either leave your place of work at 3.00pm or at 9.00pm if you want to avoid traffic. I don’t want to put a cost on what you lose in hours spent in traffic jams or the sleep you lose so you can drop the kids and be at work at the prescribed time.

Because you have most likely moved into a stand alone house in a perimeter fence or one in a community that is still developing, you will need security. This may be an armed guard or a dog. An armed guard with a bow and arrow charges about shs150,000 a month (plus some food for supper) while one with a gun is at Shs300,000 and above. You may go for a dog which will also cost you about Shs100,000 a month to feed. And I am reliably informed, guard dogs are only effective when they are two. So the cost doubles. Where you were renting, your landlord took care of the security needs or each of the houses in the compound contributed some Shs20,000 a month.

You also have a garden. You know how dry sometimes Kampala can be. So you will spend an extra Shs10,000 or so on water for your garden. And another Shs30,000 (if you leave on a 50×100 feet plot) for the guys who slash your compound every month. This doubles during the rainy season as the grass grows at a much faster rate. Previously, the garden was your landlord’s problem. Whenever he delayed, you simply made a call and complained. You even threatened to leave and rent elsewhere!

Houses need renovations. You may need to repaint it. And sometimes because our market is full of fake stuff, you will need to replace certain things like plumbing and door levers. Previously, you simply needed airtime to call the landlord and everything is sorted. Now, you have to call yourself!

Today, I won’t mention insurance costs. Otherwise, you will also be paying a monthly bill as your house insurance.

There is a very high chance that the road to your new house is dusty and bumpy. This means that you will wash your car more often than when you were renting. On average, a car wash costs Shs10,000. You may now be washing your car four times a week as opposed to twice or once that you were used to. So in a month, you car washing bill has gone up by Shs80,000. And in some really dry seasons, you have to wash your car daily, that is Shs300,000 a month. And the same amount in the rainy season. Just like that.

And a bumpy dusty road means that you will need to repair your car more often than you used to. Shock absorbers, z-links, and much more must be replaced more regularly than you used to. You can put a monthly cost to this as well of about Shs100,000.

I also have friends who are in the rental business. They own houses but they never live in them, they rent where it is cheaper. They are landlords somewhere and tenants elsewhere. You may find it ironical but it actually makes business sense.

I am not saying don’t build a house. What I am saying is that it maybe cheaper to rent than build as I have demonstrated. What you need to be sure of is that you will have the money for rent. And if you are a good tenant, landlords think twice before increasing your rent. They rarely want to lose a good tenant.

You may mention the comfort that comes with no landlord knocking on your door and the like. If you are good tenant, they don’t knock actually. A friend got a wedding contribution from his landlord. He is that good with paying his rent. Your spouse may even brag among peers and relatives how they don’t rent. I get that. However, that is beside the point. The point being are you saving money or paying more in your own house? Will owning your own home make you more money or make you lose money? Sometimes #OutToLunch, can pose flaky questions!

Denis Jjuuko is a media and communications consultant and a construction contractor.

I don't want you to forgive me! Eddy Kenzo opens new war on Bobi Wine supporters