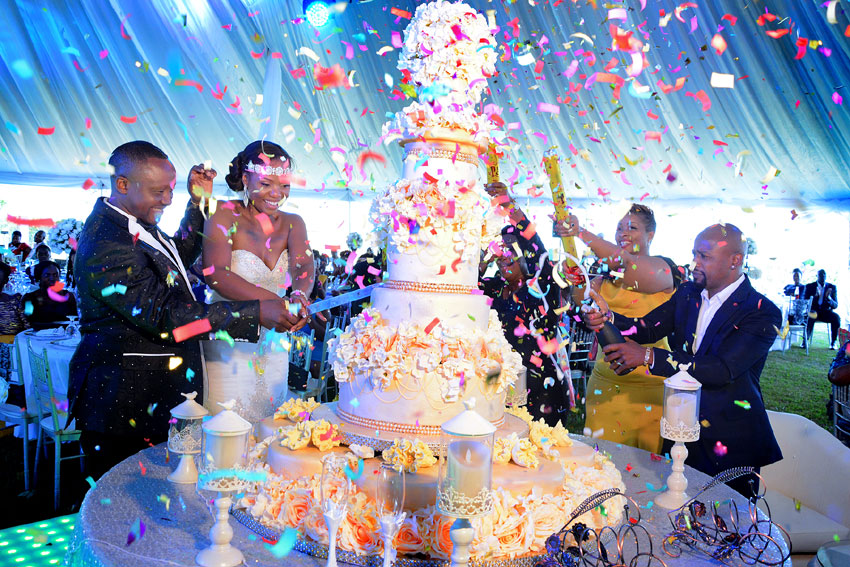 We have been told many times that Uganda is rated as one of the most entrepreneurial countries in the world, but it also has one of the highest rates of business failures. So why is this? One reason is failure to raise sufficient capital to start and run a successful business. But if we look at Indian families, or Eritreans who have settled here, we find they have raised business capital from family and friends.

When it comes to Ugandan families, almost the opposite is the case: many Ugandans living abroad have sent money back to their family to build a property, or invest in a business, only to return and find that the money had been ‘eaten’ and they have a ‘virtual’ house. Of course there are notable exceptions of successful Ugandan businesses, born through the mobilization of capital from family members, but they are the exception rather than the rule.

One reason for the lack of support from family and friends is our cultural model of what is acceptable and what is not. It is thought to be entirely normal and acceptable to collect money for lavish cultural events such as weddings, but not for the development of a business.

I get numerous invitations to wedding meetings (which I never attend); they are a part of our culture, and people pledge money and give time and organizational skills to ensure a successful event. In many cases, if the same amount of finance and planning was put into a new business it would have a good chance of success. Most of these weddings cost tens, even hundreds of millions of shillings, and of late, many of the marriages have fallen apart within a very short period. So these particular investments are giving a very poor rate of return. On the other hand, if the same amount of money were given as the deposit for a house, or for a well thought out business, there would be some return on the investment.

Eritreans spend very little on their weddings: one young man told me he had spent only one million shillings on his wedding, but had put his money into a restaurant and bar, which was doing very well. What would happen if a Ugandan called his friends and relatives for a wedding meeting and asked them to contribute capital for his business? He would not get a very positive response. Our cultural values allow us to blow money on a wedding, but not give money to friends and family as seed capital for a business.

One young lady, Lulu, was admitted to Oxford University for a Masters degree, but got so fed with people overlooking this, and asking when she was getting married, that she arranged a wedding. When the guests arrived they found there was no husband, and the bride was ‘marrying’ herself in the cause of raising funds for her university fees. Siima, the former X. FM presenter got in on the act and organized a fake marriage for which she charged an entrance fee of 20,000 shillings.

Between these ‘weddings’ and the trending hash-tag KABERNZ Lulu raised 70% of her fees. Siima calculated that out of ten weddings she had attended over the past few years, eight of the couples were no longer together, so the weddings had simply been very expensive parties, which is why she decided to hold a party, without the real wedding, for a more worthwhile cause.

I am not against weddings, but I do think that the cultural acceptance of blowing so much money on something that brings no rate of return is one of the contributing factors as to why Ugandans are failing to develop successful businesses. I know of Indians who have come here and established small hardware shops supported by their whole family, and a few years later they have substantial businesses. I know Eritreans who have put up supermarkets, restaurants, hotels and workshops, supported by their families, all of which are successful.

The President feels that he can help to develop Uganda by giving money to the youth, but my experience is that the youth first need basic business training and grounding in values, or most of this money will be ‘eaten’ with little to show for it, as happened in the Youth Livelihood Program.

However, if he wants to stimulate business he could start a ‘wedding competition’. The challenge would be for anyone getting married to also mobilize money for a new business. They would then get a matching grant for the funds raised, on the condition that the expenditure on the actual wedding was below one million shillings, while the rest went into the business. The idea could be taken up by some foundation or a philanthropist who would like to change the cultural paradigm, so that we would spend our money on business development, rather than blowing it on social events.

How could you fight your aunt because of Museveni? Kadaga supporters hail MP Nambooze for blasting Speaker's rival Namuganza

How could you fight your aunt because of Museveni? Kadaga supporters hail MP Nambooze for blasting Speaker's rival Namuganza