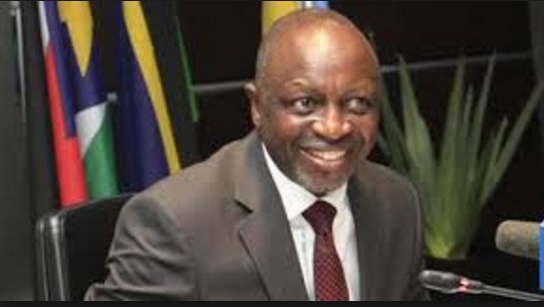 Good question. But perhaps the reader will first want to be reminded WHO Vipya Harawa is. He is the beleaguered Clerk and Secretary General of the Pan-African Parliament (PAP), an Organ of the African Union. In May 2018, he was fired by email by the President of the Pan African Parliament. In its  coverage in 2018, ‘Sunday Times’ reported that “he was fired for telling the truth.” The truth was his support for calls by PAP Parliamentarians to conduct a forensic audit on PAP’s use of continental funds. He also paid the price for ignoring the President’s email and continuing to come to work. The President ordered the office be locked and Vipya Harawa be barred from entering the gates leading into the premises of the Parliament.

We have searched for this man and our search finally paid off when a “friend of the Honourable Clerk” dismissed both rumors of his death and appointment to a cabinet position in his country. When asked about rumors of poverty and destitution, his reply was “it depends on how you define that. The Honourable Clerk has loyal friends.”

Be that as it may, in a letter from the Honourable Clerk‘s lawyers to the Chairperson of the AU Commission, Mousa Faki Mahamat, it is clear that Vipya Harawa is alive. The letter, leaked to us anonymously, accuses Mousa Faki Mahamat of shielding PAP President Roger Nkodo Dang for the past twenty-four months and of failing to reinstate Vipya Harawa in spite of numerous AU decisions and promises to do so. There is a hefty claim for human rights abuses on the Clerk and his family arising from the botched dismissal. This would seem to support the rumors of destitution and poverty.

Commenting about the letter, the “friend of the Honourable Clerk” said he had not seen the letter but had heard that there were going to be legal challenges  against hosting of PAP by South Africa because South Africans were pouring millions every month into a Parliament with no parliamentary mandate and a poor governance and accountability history. “This is not a Parliament,” said he. “But don’t ask me what it is. I don’t know what those people are busy doing.”

Every skeptic of Moussa Faki Mahamat’s intentions will be silenced by his clear, firm, and direct instruction to the Acting President of the Pan African Parliament. Moussa Faki Mahamat, Chairperson of the African Union Commission, reprimanded the President of PAP for not heeding to previous AUC directives to reinstate Vipya Harawa, Clerk of PAP. He was writing following Legal Notice by Vipya Harawa’s lawyers to take the African Union to court.  It is understood that the Chairperson directed the Acting President of PAP to write the Clerk reinstating him not later than 1 May 2020.

The PAP member who spoke to us says on the face of it, one would think that Charumbira refuses the reinstatement out of fear of President Roger Nkodo Dang, who was going through elections in his country Cameroon, and threatened the Acting Clerk and the Acting President not to replace him while he was away. But sources close to the PAP Bureau say that the ambitious none elected member from Zimbabwe has always had eyes for the position of PAP President. “It is now or never for Charumbira”, say the sources. Reinstating Harawa undermines his chances because both Harawa and Charumbira are Southerners and it is unlikely that members would want the two topmost powerful positions of PAP to be occupied by the same continental region.

This fear was confirmed by some Southern Africa MPs. They mused though that Charumbira should ask himself why the Southern Africa Caucus would nominate him for the Presidency after obstructing the reinstatement. “He is revealing a character unbecoming of his status as a chief or as an MP. Both roles suggest that he should stand for justice and be protector of people, especially innocent people. Instead, he is behaving like a guardian who could kill his own child. That is very unAfrican.”

The MP who spoke in his support argues that Charumbira has been in PAP for a long time, even longer than Nkodo. Although he might be the behind-the-scene architect of some of the misdeeds attributed to Nkodo, he has reason to be desperate and to cling to his positions both in PAP and at home. It is said that the animosities that led to challenge against his chieftaincy three years ago are re-emerging. Further, the new government in Zimbabwe is reviewing its representation in embassies and organizations abroad as part of the country’s rebranding. Being Christians in the same denomination, both Charumbira and Nkodo will know the verse about new wine and old containers. Why die for others at your own expense?

Some also speculate that with Harawa’s return, Charumbira’s terrain for continuing emerging abuses will narrow. Although only elected to the PAP Bureau in 2018, there are whispers that Charumbira takes his entire family to PAP meetings paid for by PAP as official support staff. Auditors would easily pick on that if they so wish. Should this be established, a further question will remain whether they are isolated incidents or the tip of a much bigger iceberg.

In a typical Nkodo-like campaign style, Charumbira has promised the positions of Clerk, Sergeant-at-Arms, and Senior Protocol Officer to countries that will support his candidature for Presidency. For a Parliament that has not made a single law for twenty years, PAP is indeed a beehive of questionable activity.

The writer can be reached on email: jeanyveskassamba@gmail.com