Out To Lunch: Religion must embrace technology 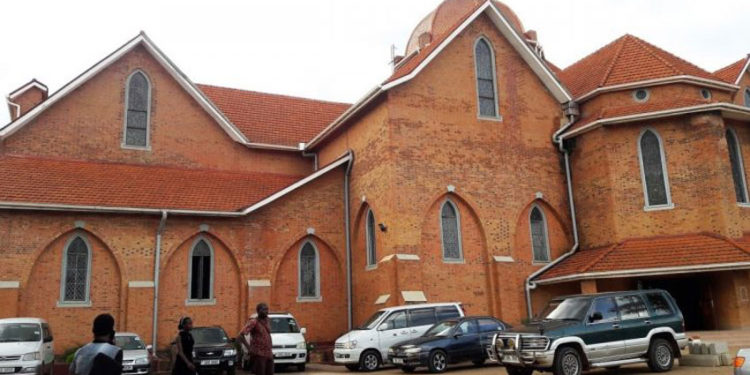 I had planned to watch the proceedings at Namirembe hill as the Church of Uganda installed its 9th archbishop on Sunday. Something else came up and I ended up about 40km away from home in a place that is yet to experience electricity.

I returned home long after most evening prime time news bulletins had ended. On Monday, I tried to catch up with what had happened at Namirembe. The talk online was mostly about a vehicle that the archbishop received from the central government — with some people saying him accepting it will compromise him while others arguing that he deserved it. The newspapers were mostly concerned with the new archbishop’s stance towards homosexuality.

However, I heard that the new archbishop planned to start a Church TV ostensibly to teach people morals and Christian values. He pledged to do other things that are associated with his office.

Over the last few years, every institution or organization has become a media owner. The Catholics, Anglican, Muslims all own media houses. Every pastor with a sizeable following owns a media house. Politicians have not been left out as well.

If you check on the free to air decoders, you will be amazed by the number of television stations in this country. Everyone wants a TV station! It is not surprising that the new archbishop feels a TV station is the missing piece in whatever puzzle that he wants to solve. He will have to work very hard to ensure that his TV is watched by a sizeable audience!

However, apart from TV and radio stations, religious institutions need to embrace technology to be able to reach out to more people. How many churches or mosques have mobile apps through which they can engage their followers? How many even have functioning websites? Some Kampala churches sell some newsletters every Sunday containing mainly readings of the day and some announcements. For how long will they continue doing this?

Imagine if there is a way people could log in and attend service or mass whenever they can’t physically attend? They would know what is happening and probably offer more support.

Like it happened to me on Sunday, there will always be days when people can’t attend mass or service. Imagine if there was a platform where one could log in and be able to experience what happened earlier.

Some Ugandans in the diaspora have created Luganda services in cities where they are many. Those in cities where the Ugandan population is insignificant, there is nothing and yet I believe they miss enjoying mass or service the way they do at home. Perhaps, they would also want to pay their tithe to their Ugandan churches but they have no clear option. They may want to contribute to church projects but they have no easy way to do it.

Some sacraments like penance could be offered online as well. Somebody could log in and have a virtual interaction with the priest. Marriage counselling could be done online too. Today, some churches expect people who want to get married to physically attend these lessons during working hours on working days! What about marriage lessons online between 1.00 pm and 2.00 pm? Marriage lessons today don’t necessarily need the couple to be physically present to attend them.

I can give as many examples as possible but the idea is that religion needs to embrace technology and provide a platform through which people can interact. When I attend church, I see a lot of people on their phones. Instead of people watching jokes on Whatsapp, what about if they were interacting with an app that belongs to their church? Imagine a dating app for Catholics or Muslims!

The writer is a Communication and Visibility Consultant. djjuuko@gmail.com Twitter: @Denis_Jjuuko

6 things to do if you catch your partner cheating