by watchdog
in Op-Ed, Politics
32 1
Share on FacebookShare on TwitterShare on Email

Uganda’s upstream oil industry is dead. Ok, let me admit this is a bit of an exaggeration. It is more appropriate to say it is in a coma and will be very difficult to resuscitate. This conclusion is paradoxical because Uganda has spent years painstakingly building the best and most patriotic institutional and oil policy infrastructure in Africa – and one that meets best international practice. How can an A student in institutional and policy design turn into an F student in turning such advantage into a viable business? This is a story of patriotism taken to the extreme.

I had been skeptical of Uganda’s oil, predicting disaster. But this was largely because of my ideological convictions. I believe natural resource windfalls tend to corrupt governments, turning obvious revenue advantages into a curse. How? Governments need money to survive. Money is an important political resource because it allows governments to perform their basic function – the maintenance of law and order. But money also allows them to deliver public goods and services to their citizens, which buys them legitimacy. Finally, governments use revenues to rent political support (reward loyalists, buy off real and potential opponents) and in non-democracies to train and equip the army and police to coerce those who resist.

When governments rely on the entrepreneurial ingenuity of their citizens to raise money, they are driven by self-interest to govern in a more enlightened fashion. They forge productive relationships with those whose wealth they seek to tax. If they tax them heavily, such enterprising citizens can withhold their productive effort, causing the economy to decline and thereby reducing the revenues collectable. This reduces the ability of government to serve the aforementioned functions that ensure its survival. If governments cannot provide better infrastructure for transport and electricity, economic (and hence revenue) growth are stifled.

Rich mineral resources turn this incentive structure on its head. Here, a government can sit on a hole in the earth, pump large quantities of God’s (or nature’s) bounty – oil or diamonds – and sell it abroad for a handsome profit. It doesn’t have to negotiate with citizens about public policies and political institutions necessary to increase their productivity. Such governments lack the aforementioned enlightened self-interest; economists call them rentier states.

How did this happen? Museveni personally did three critical things, which were fundamental for Uganda’s oil industry. First, he created and/or backed a highly competent team of top civil servants at the ministry of energy led by its former permanent secretary, Fred Kabagambe Kalisa, working with Earnest Rubondo, Reuben Kashambuzi, etc. With donor support, they helped train Ugandan oil industry experts of high caliber. Second, Museveni insulated this team from political pressure, allowing them to do technical work without fearing political wheeler-dealers that clutter his government. Finally and as a consequence of the first two, they developed a high degree of self-confidence, incorruptibility and patriotism unusual in our bureaucracy.

But these advantages were to become a major handicap when the country began moving from exploration and discovery to production. Here, the president and his team lacked the skills of a businessperson. They feared that IOCs were out to cheat Uganda, as has happened in other poor countries of the world. This became a chain around their negotiating heads. They saw in every effort by IOCs to limit state demands an effort to cheat the country. They approached negotiations with a zero-sum attitude i.e. every concession to IOCs is a loss to Uganda and every compromise is surrender to bullying by IOCs. So negotiations had to go Uganda’s way or nothing would work. This destroyed the spirit of give and take that lies at the heart of business (or any) negotiations.

Museveni personally, and his government generally missed the most critical part of strategy, especially in war, which our president understands best. The first principle of command in war (as in business) is “selection and maintenance of the aim.” What is the aim of Uganda? It is to produce and sell oil. We can add many things – high revenue share, tax policy that maximizes government’s take, etc. But production is the main aim without which everything else is impossible.

Yet Uganda bogged herself in endless negotiations over taxes, as if taxation was the main aim. Our real beef is in the revenue share in PSAs, where we already did excellently, not in Capital Gains Tax, or the transferability of past costs from a holder of a license to a buyer. So we focused on pennies and forgot the pounds. In this tactical pursuit of maximizing immediate tax returns, we have undermined the realization of the main aim – oil production. We also forgot the time value of money: that the cost of delay to produce oil exceeds the benefits sought from the taxes we sought. And new technologies combined with climate concerns may make fossil fuels obsolete.

These delays have had a devastating effect on the reputation of Uganda as a destination for investment in upstream oil. There is a global standard on the average time it takes from discovery to production of oil. For offshore it is four years, onshore, it is seven years. Uganda first discovered oil in 2005: 15 years later we are 7-10 years away from production. To many international investors, the message is clear: if you invest your money in Uganda’s oil industry, it will take 20 years before you produce and begin earning. Only a masochist with an insatiable desire for losing money would seek such a country as a destination for her investment.

The taste of the pudding is in the eating. Uganda had a very high oil discovery rate. The global average is 17% of oil wells drilled have extractable oil; Uganda’s is 88%. Yet when we auctioned oil exploration licenses last year, no one serious showed interest – not even Tullow, CNOOC and Total who are already here. Only three unknown companies, two from Nigeria, showed up. The message from the market is loud: Uganda’s oil industry is not attractive for investment. Patriotism is great. But like everything else, too much of anything is always bad. Is someone listening?

PHOTOS: Andrew Mwenda shows off nomination forms he picked from NUP, insists they are for president not local councillor

UACE2019: Here are the best performing schools per district 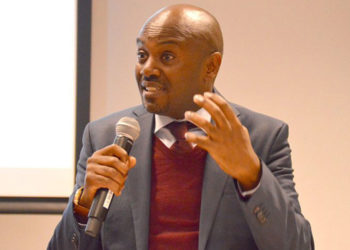 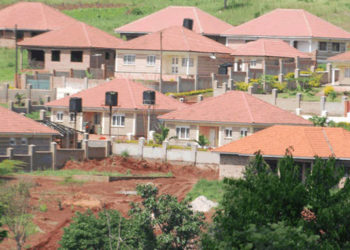 UACE2019: Here are the best performing schools per district

Leave your past mistakes behind and celebrate your success

KIU: Dr. Mpezamihigo tips graduates on how to be successful