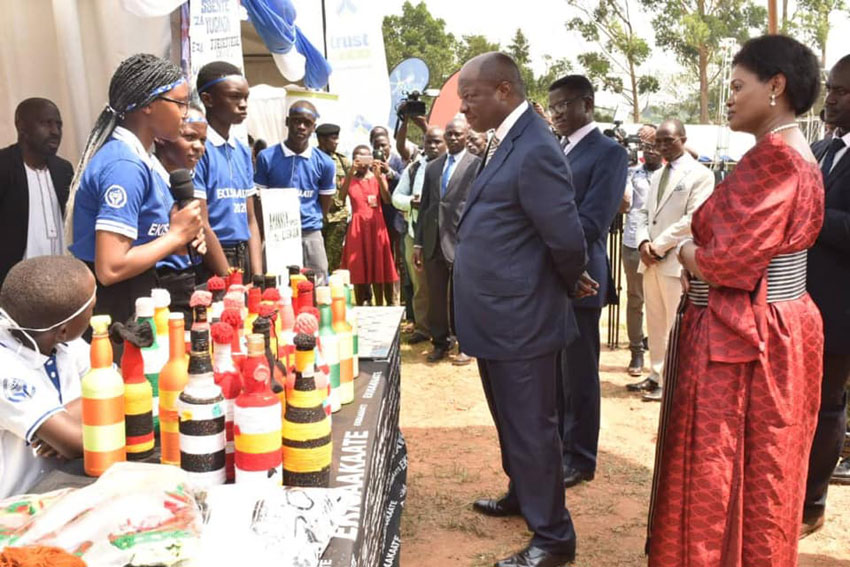 The Minister of Education who is also the First Lady sounded desperate while releasing the Primary Leaving Examination (PLE) results last week. Some schools expel pupils they suspect won’t get good results during the national exams. A school, for example, will expel pupils at the end of primary six or even during the candidate’s final year.

A parent told me of one school where 100 pupils were expelled in December last year because they didn’t score highly in the end of term examinations. Parents are now desperate to find schools willing to admit their children for Primary Seven so that they can sit for their national exams later in the year. Some other proprietors own ‘inferior’ schools where such pupils are registered. The idea is not to compromise the main school’s brand if a lot of pupils don’t register super grades.

It is partly a scam. The school owners and administrators always know the children who won’t be able to get the AAs and 4s but they keep them in the school for six years or so because they can pay fees. At the end of the sixth year, they chase the kids because they have made enough money off them yet allowing them to sit exams at these centres would kill their lucrative business model. Passing highly such as all candidates getting first grades justifies the exorbitant fees schools charge leading to high enrolment figures.

A year or so ago, some parents complained that they were paying a lot of money but their kids were not getting AAs in Senior Six exams. It seems we are in a marketplace where the higher the fees, the more AAs and 4s expected.

I have argued before that UNEB needs to abandon national exams because they make no sense the same as the national curriculum but I don’t think those with authority to do so can.

If the government can’t implement that, what then can be done? Parents and guardians need to think beyond 4s and AAs and look for schools that can enable their children to develop holistically. Of course, all schools claim to provide a holistic education though the majority don’t which explains why kids perform poorly when it comes to questions that require thinking compared to those that need one to recall as UNEB’s executive secretary explained.

“In both English and Mathematics, performance was poor in questions where candidates were required to apply knowledge in problem-solving situations or express themselves freely,” the UNEB boss said before adding that “candidates were more comfortable with questions that are direct and based on recall.”

He said this has been the problem over the years. As expected, nothing has been done about it.

Imagine if the majority of parents preferred schools that can help their kids think and express themselves, there would be less emphasis on passing exams for the sake of it or as an open visa to be admitted to another school that emphasizes cramming. The school owners would change their business model and the entire country would benefit.

This would require parents fully understanding the capabilities of their children. Are they good at cramming or they can have their talents developed? Previously, success was only considered if one became a lawyer, doctor, engineer and such other professions.

Success today comes from many other non-traditional professions. Entertainers, entrepreneurs, silver-tongued motivational speakers, and sportspeople among others are considered professionals. Some earn more money than those in traditional professions. However, there is less emphasis on talent development, building kids’ confidence, and the ability to think outside the box.

School entrepreneurs need now start thinking of alternative models. Today, human resource professionals are increasingly looking beyond academic documents when hiring because grades alone don’t guarantee anything anymore. In job interview rooms, panels are thinking beyond one’s ability to recall answers to questions yet our education system is not moving at the same pace.

We have seen tremendous success with the Ekisakaate kya Nnaabagereka, which imparts morals, values and skills than the ability to recall. Many parents including those outside Buganda enroll their kids in Ekisakaate because there is something they get in that camp which is unavailable in traditional schools. What if one created a full-time school modeled on Ekisakaate albeit with a bit of academic work to create a balance? I think if someone did so for the long term, it would become very successful and disrupt our education model.

She 'ate' our allowance! Here is the real reason why SG Lumumba was booed, almost beaten during NRM delegates conference

OPINION: Uganda’s solutions to managing coronavirus are proving more disastrous than the pandemic itself

By Ian Ortega I expect that when Museveni comes to address us, he begins to paint a picture of how...

Lydiah Namayengo  COVID19 as popularly called, is a Novel Corona Virus Disease that began in October - December 2019 in...

Kikomeko Emmanuel: Government needs to do more to fight Covid19

It's a fact that our medical systems are few and still in isolation in accordance to human settlement and population...

When you are having sex, there are a lot of really important things to know. You know, things like how...

She 'ate' our allowance! Here is the real reason why SG Lumumba was booed, almost beaten during NRM delegates conference