10 reasons why you should have sex everyday

by watchdog
in Op-Ed, Relationships
49 4

You’ve heard it said: sex, like pizza, is pretty good even when it’s bad. But it’s also good for you. It’s no secret that you’re usually more relaxed and at ease after a session in the sheets, but we’ve tracked down the hard facts and dug a little deeper to bring you 10 reasons why sex is seriously improving your health. So go ahead and get busy—it could save your life.

It’s the most pleasurable stress relief you’ll ever get.

Getting down usually gets your spirits up, but why? Sexual activity promotes the growths of cells in your brain’s hippocampus, which controls your stress levels, making you serenely satisfied after each roll in the hay.

If you don’t use it, you actually can lose it.

According to a report in The American Journal of Medicine, guys who get busy at least once a week have half the risk of developing erectile dysfunction as those who don’t. So get out that phone and call a buddy.

It helps you get along with your partner.

With orgasm comes the release of oxytocin, which makes you happy. According to James Coan, Ph.D., feeling that shared sexual satisfaction with a partner helps build positive associations, and can improve trust in a relationship.

That same oxytocin that’s responsible for the cheapest couple’s therapy you’ll ever get is also the chemical at work when you pass out directly after sex. Which may cause a need for that therapy after all.

It can help prevent cancer.

Simply put: getting off can reduce your risk of prostate cancer, which gives you license to use the sentence, “Baby, you’re basically saving my life.”

You’ll get (even) better looking.

Bumping uglies can make you more attractive. The increased levels of dehydroepiandrosterone that are released during sex improve your skin’s appearance and tone.

It’s good for her teeth.

You know what she’s thinking when you go down, but when she does it for you, she’ll be thinking of the calcium, zinc, and other minerals in semen that promote healthy teeth. Isn’t science wonderful?

The corticosteroids and endorphins getting down gives off are known to be pain killers for minor maladies like headaches and muscle pains.

Screw the Emergen-C, and just screw instead. A study from 2004 indicated that those who make having sex at least twice a week a priority display increased levels of immunoglobulin A, which boosts your immune system.

It keeps your heart as healthy as your sex life.

If you can find the time to get off twice a week, the increased oxygen, blood flow, and hormones can contribute to a lower risk of heart disease, according to the American Journal of Cardiology.

LIST: The seven biggest corruption scandals in the history of Uganda

By Patrick Kanyomozi  First of all I need to make it clear that i am writing this in my individual... 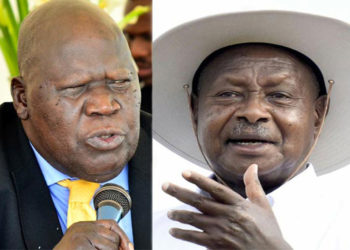 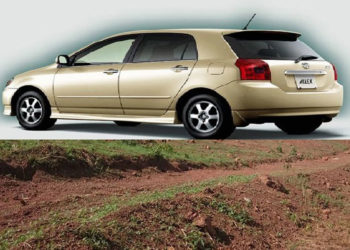 Amb. Charles Wagidoso bids farewell upon the completion of his tour of duty in China