Out To Lunch: Muteesa’s Makerere house and the need to preserve historical buildings

If you haven’t been to Makerere University’s main campus in the last 20 years or so, there are many things you won’t recognize today. The main hall looks like a world class conference centre. The main gate got a facelift and there are many new buildings. But there are still many old ones which luckily haven’t be tempered with in the name of modernization.

We learnt last week through mainly Vice Chancellor Prof Barnabas Nawangwe’s social media accounts that the house where Buganda’s 35th king, Ssekabaka Edward Muteesa II lived as a student at Makerere in 1944 still stands albeit in need of urgent renovations. I was surprised that Muteesa II decided to be a resident at Makerere when his plush palace was just a hill and valley away.

I was relieved to learn that Prof Nawangwe had no plans to demolish the house and put up some other structure. He assured his social media followers that the house will be preserved and turned into a museum.

When Katikkiro Charles Peter Mayiga visited Makerere over the weekend to preside over an installation ceremony for the Baganda Nkoba Za Mbogo Association, he got a guided tour from the Vice Chancellor of this very historical house. Besides being Kabaka of Buganda, Muteesa II was the first president of the republic of Uganda. Buganda Kingdom donated the land on which Makerere sits today.

In restoring this house, Makerere University is doing the right thing and as a country we must indoctrinate a culture of preserving our history. Historical buildings can be sources of extra income for institutions like Makerere. All what Makerere will need is to ensure that tour guides within Kampala include it on tourists’ itinerary. But it can also teach others across the region on how to preserve our history.

But the restoration process shouldn’t end with just the building rather to set everything the way it was when Muteesa was a student. The furniture he used and such other things can be recreated. A tour of Johannesburg is not complete until one has visited Vilakazi Street in Soweto for a visit to Mandela’s house among other attractions.

Makerere was home to many people who turned into luminaries. Mwai Kibaki, former president of Kenya studied at Makerere. What about looking for his room and turn into a place people would be interested in visiting? Celebrity author Ngugi wa Thiong’o is another. The list is actually endless.

Recently, a photo of an abandoned building in Jinja circulated on social media. It was of a house said to have been a hotel the Queen of England stayed in when she came to commission the Owen Falls Dam in April 1954. The building like many others may soon give way for the construction of some ugly shopping mall. Yet if the building is restored as a hotel, tourists would be interested in sleeping in same room the queen stayed in at a premium rate.

At Mengo Primary School, a stone’s throw from the Anglican cathedral exists the country’s oldest surviving formal education building. It was constructed in 1904 at Uganda’s first school. The school opened in1895. Although the building needs some urgent repairs, it is remarkable that it still stands today. What can today’s architects and civil engineers learn from this? How come buildings being constructed today fall on construction workers when we have better technology and those built many decades ago still stand still?

Look at Bulange for example. It was built more than 64 years ago and it still looks more impressive and majestic than what people are building today.

When a friend was getting married a year or so ago, his photographer looked for historical buildings, abandoned ports, decommissioned train wagons and such other things to create timeless images for the couple.

That is why I was unimpressed when Christ the King church was demolished for something allegedly grandeur. In Europe where our leaders love to holiday, you find churches that have been there for centuries. That is why people cried when Notre Dame Cathedral was destroyed by fire earlier this year. The fire didn’t just destroy a building. It destroyed history. That is why Prof Nawangwe should be supported in restoring part of our history. 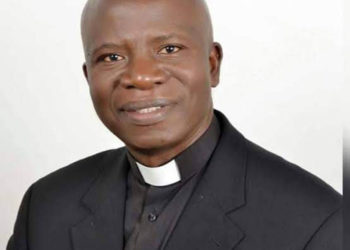