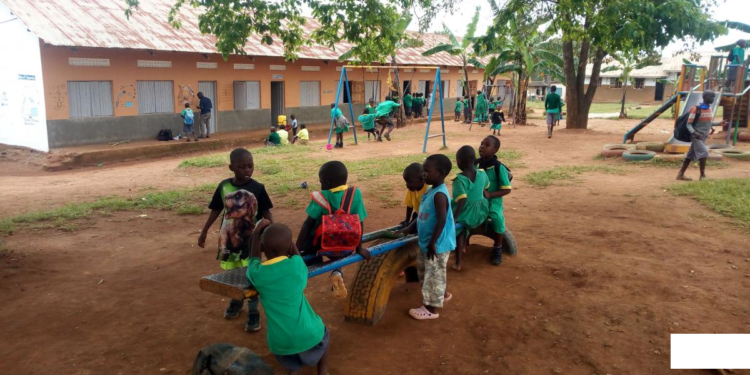 Headteachers in Greater Masaka subregion are resorting to the peer-to-peer mode of teaching, to overcome the effects of the ongoing teachers’ industrial action.

Last week, government teachers for arts subjects laid down their tools in protest against a decision to selectively increase the salaries of science subject teachers by the government beginning with the next financial year.

The Uganda National Teachers Union-UNATU asked primary and teachers of arts subjects across the country to also make their case by withdrawing their services until the government considers their demands.

Currently, some of the head teachers in the Masaka region have resorted to deploying learners to support the learning process of their peers as they wait for teachers to return.

Xavier Ssemugabi, the Deputy head teacher of St Mark Bituntu Primary School in Mateete Sub County, Sembabule District says despite the ongoing teachers’ industrial action, the learners have continued to report to school which required him to devise means of attending to them.

He says the school is currently left with only three staff including the; Headteacher, Deputy, and the Director of Studies, who by any means cannot attend to effectively manage all the classes.

Ssemugabi says that they have resorted to the peer-to-peer teaching method, which allows for assigning of teachers’ roles to some learners in classes that are below them.

Ian Akampulira, Deus Ntale, and James Muhweezi who are primary four pupils at St Joseph Lwebitakuli Primary School in Sembabule district say that their lessons are being conducted by the primary seven peers.

The pupils argue that they are not comfortable staying at their respective homes, hence choosing to go to school as they wait for the teachers to reach a compromise with the government to resume normal classes.

David Ssigenda, the Headteacher of Masaka Police Primary School in Masaka City says that similar situations have been reported in several other schools especially those whose entire teaching staff fully participated in the strike.

He explains that in current circumstances where the head teachers are stuck with learners who continue to report to schools despite the absence of teachers, it is inevitable to use the peer-to-peer teaching method despite it being less effective.

Mathew Male, the Chairperson of Uganda National Teachers Union-UNATU in Sembabule district has cautioned schools against keeping learners at schools in the absence of enough manpower, which he says compromises their safety.

He has asked the parents to keep their children at home until a compromise between teachers and the government is reached, indicating that they are confident the teachers will compensate for the time lost once they return to class.