Why did you abandon us? Kawempe South MP Kazibwe Bashir survives wrath of angry residents

by Everest Mukiibi
in News, Politics
15 1 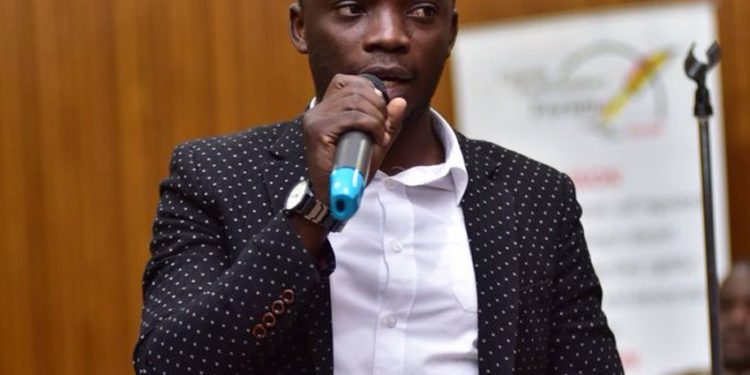 Trouble for Mbaziira started when he showed up at the division headquarters on Tuesday afternoon for a meeting convened by the Speaker, Justus Akampulira, and Kampala city Lord Mayor Elias Lukwago to discuss the plight of vendors who were evicted from the streets by Kampala Capital City Authority (KCCA).

However, angry vendors charged at Mbaziira, who was accompanied by bouncers, and attempted to rough him up accusing him of abandoning them since he was elected into parliament. The bouncers clashed with the angry residents and managed to lock Mbaziira in one of the offices, which delayed the meeting.

A group of heavily armed police officers and soldiers led by the Kawempe division police commander, Robert Kuzara deployed around the division offices to contain the situation and no arrests were made. Despite attending the meeting, Mbaziira was never given chance to address the charged vendors. He left the division headquarters under tight police protection using the Lord Mayor’s vehicle.

Meanwhile, during the meeting, Lukwago condemned the police for the ongoing operations to evict vendors, saying they are non-compliant with the law. He explained that there are several laws that govern street vending in the city which include among others the trade licensing act, the street vending act, law, and ordinance management. Lukwago noted that non of the laws prohibits street vending but they only seek to regulate the practice.

Lukwago also argued that KCCA is evicting street vendors on the grounds of establishing a smart city, which he said is an abuse of the terminology. He asked Kawempe division authorities to map out some roads where vendors can operate and pass a supportive resolution to that effect.

Grace Nansamba, a widow and street vendor, said that she operates with a capital of 40000 Shillings on the street where she gets some profits at the end of the day to feed her six children. She, however, said that she is currently unable to do so ever since she was evicted from the streets.

Josephine Nankabirwa, a resident of Lufula zone in Kawempe, said that they should be allocated another space where they can operate so as to pay school fees and feed her children since she is a single mother.

On Monday last week, KCCA, police, and UPDF embarked on an operation of evicting street vendors in the Kawempe Division evicting over 1000 vendors from the streets.

On Monday, police arrested Kawempe Division Speaker, Justus Akampulira while chairing a council meeting that was discussing the vendor’s plight and detained.

He was released following the intervention of the lord mayor, Elias Lukwago.