If we don’t give them money, they see us as useless! Politicians Accuse Religious Leaders of Promoting Corruption Through Fundraising Ceremonies 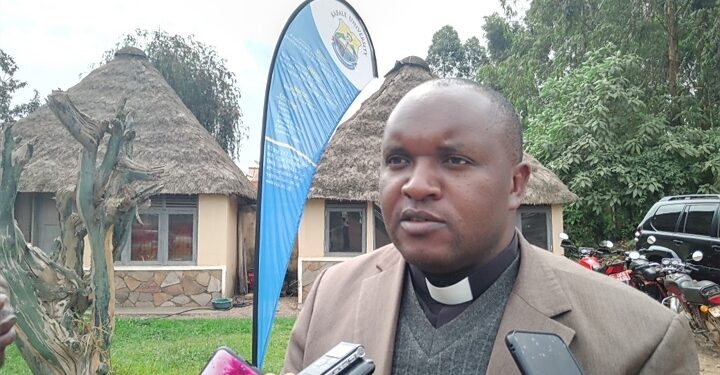 A section of Political Leaders from Kigezi Sub-region have accused religious leaders of turning places of worship into platforms to promote corruption by establishing several thanksgiving and fundraising ceremonies targeting politicians.

Speaking on Tuesday at the symposium organized by Kabale University to gather views of stakeholders on the plan to establish the East African Centre for Corruption studies at the institution, Kisoro District LC.5 Chairperson Abel Bizimana said he was nolonger comfortable with going to church because clerics expected money from him.

“Those guys have turned Church into a den of thieves, when you don’t give them money, they see you as useless especially when you’re a top Government official at the level of LC.5 Chairperson. They have made our lives miserable,” said Bizimana.

The Kisoro District Boss also noted that the religious leaders had developed a habbit of duplicating several functions disguised as thanks giving ceremonies whose purpose is to “milk money from politicians”.

His words were echoed by Kabale RDC Godfrey Nyakahuma who accused religious leaders of giving front seats to Government officials, “even those infamous for embezzling government funds.”

The Diocese of Kigezi Inspector of Schools Rev. Oscar Mwesigwa said it was true that the rate at which church was holding fundraising ceremonies was alarming , though he was quick to blame it on church members who pressurize clerics as they request for thanksgiving slots in worship services.

The Kabale University Vice Chancellor in charge of academic affairs, Prof. Benon Basheka said the symposium was one of the mechanisms put in place to gather ideas, views and opinions from people in Kigezi subregion as the University prepares to establish the East African Centre of corruption studies.

Prof. Basheka revealed that East African Centre of corruption studies would be under the faculty of Arts and Social Sciences, adding that the internal process was already complete, waiting for accreditation by the National Council for Higher studies.