by Mubiru Ivan
in News, Politics
10 0 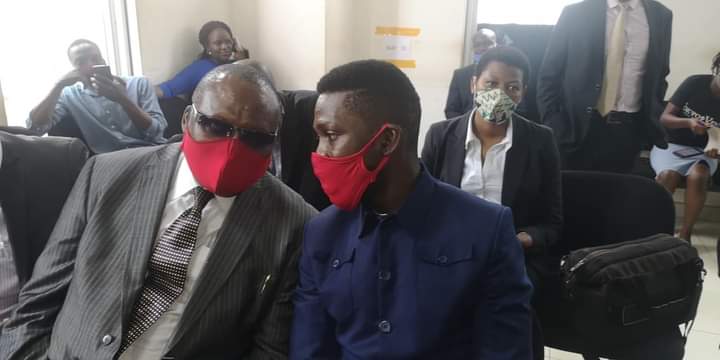 Moses Kibalama and Bobi Wine in Court in 2020

The Electoral Commission (EC) has confirmed that Robert Kyagulanyi alias Bobi Wine is legal president of the National Unity Platform (NUP) and that Moses Nkonge Kibalama, the founding president of the Opposition political party has no rights to conduct any business in the name of the party.

In a 21st June, 2022 response statement to Kibalama and Paul Kagombe Ssimbwa (former NUP Secretary General), the EC said, “This is to acknowledge receipt of the above captioned (returns of the delegates’ conference submitted to Electoral Commission) returns  lodged with the commission on 27th May, 2022… You will recall that in the submissions you made to the Electoral Commission on 21st July, 2020, you and Mr Ssimbwa Paul Kagombe resigned as party leaders and both of you signed as outgoing leaders.”

The EC Secretary, Russell Jacques Leonard Mulekwah added that prior to their resignation, Kibalama and Ssimbwa chaired a meeting that conducted elections of office bearers, to whom they handed over respective offices and the subsequent party meeting held elections of its National Executive Committee.

“According to Article 6.2 (C) (II) of the National Unity Platform (NUP) Constitution, the Delegates’ conference is convened and chaired by the president, except that the president may delegate in writing, the power to chair it or any part thereof to any member of the National Executive Committee,”said Mulekwah.

” Further, no communication is on record in respect to resignation and or rescinding of offices by the said Executive Committee, who according to Article 6.2 (C) (I) of the party constitution should hold office for 5 (five) years.”

Mulekwah also told Kibalama and Ssimbwa that the convening of the delegates’ conference and election of the National Executive Committee ought to comply with the National Unity Platform constitution.

The development comes as a sigh of relief to some members of the Kamwokya based political outfit wo had developed fears that Kibalama is likely to take over the leadership of NUP.

Yesterday, the leadership of NUP in Kamwokya has warned Mzee Kibalama and colleagues to stay away from the opposition political party or else the long arm of the law will deal with them.

Gideon Tugume, the Secretary of Information, of Kibalama NUP faction told the media today that they decided to get new headquarters following a delegates conference of NUP held on 22 May, 2022 which resolved that the party gets new headquarters from Kamwokya in fulfillment of the decision of the Central Executive Committee.

Tugume said they opted to end the relationship between Robert Kyagulanyi alias Bobi Wine led People Power Movement and NUP leadership due to lack of transparency, failure to provide accountability as well as failure to respect and follow NUP constitution.

“Bobi Wine and colleagues mismanaged the party Affairs and they failed to contain discipline within the party,” Tugume claimed.

He added that NUP is already working up to speed to field candidates in all the by-elections at all levels in all areas as declared by the independent electoral commission and very optimistic to win in all areas.

“The head office is now officially open for all elected members of NUP at all levels including the Members of Parliament to come and formalize their membership to get the blessings of the real bishops of NUP.”

However according to Joel Ssenyonyi, the NUP Spokesperson, Kibalama and group are just masquerading as leaders of the party and that they should be careful because the full wrath of the law will be unleashed on them over their fraudulent tendencies.

“Previously the same people told court that the state had coached them to tell lies against the legitimate leadership of NUP. It is clear the state continues to use them in the hope that they will undermine the leadership of NUP and throw the party into disarray,” Ssenyonyi said in a 21 June, 2022 statement.

“These attempts are futile and they will in no way derail us.”

Why did you abandon us? Kawempe South MP Kazibwe Bashir survives wrath of angry residents