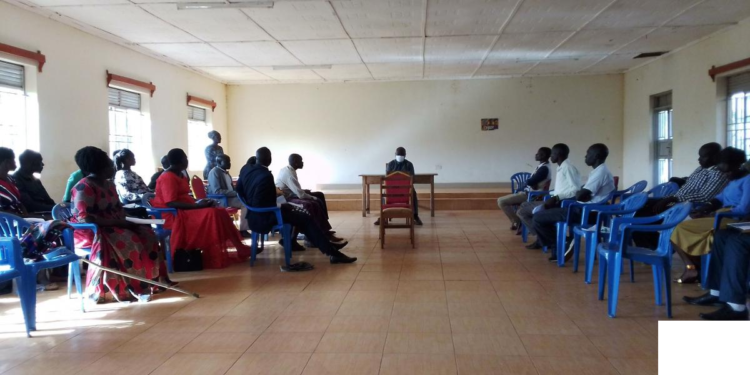 The Speaker of Lamwo district, James Ochola, has asked the Minister of Local Government, to intervene and block his censure by councilors.

The councilors accuse Ochola of poor working relations with the District Chairperson and other members of the district executive committee since they assumed office over a year ago.

The petition was delivered to the Ministry of Local Government by the clerk of the council.

However, in a letter addressed to the minister, Ochola said all the accusations against him by the councilors are baseless and untrue and asked the minister to dismiss the petition.

“Hon. Minister Sir, it is, therefore, my humble appeal that the said petition be considered null and void, hence, it must be dismissed with the contempt it deserves…looking forward to your timely interventions in this malaise that is crippling service delivery,” read part of the letter.

Ochola argues that the claim that he failed the approval of the supplementary budget is untrue, saying he only deferred the approval because it was done outside the law, but it was later approved when the right procedures were followed.

On claims that he failed to recall Peter Erwondo, who was suspended from the council chambers for misconduct, Ochola says it was the role of the clerk to the council to call back the suspended councilor, since he was already handed over to the administrator.

Ochola says he also sent another letter to the minister on the confusion and conflict among the leaders in Lamwo, asking him to come to the district to investigate and reconcile the conflicting leaders.

According to the Local Government Act, a speaker or the deputy may be removed by a council resolution supported by not less than two-thirds of the members of the council on any or all accounts of abuse of office, incompetence, misconduct, or misbehavior.

While the act states that a notice shall be submitted to the Minister of Local Government or his or her representative by the clerk to the council and the minister, his or her representative shall evaluate the notice for removal of the speaker and if satisfied that there are sufficient grounds for doing so, shall, within 30 days after receipt of the notice, convene or cause the convening of a meeting for the removal and election of a speaker.