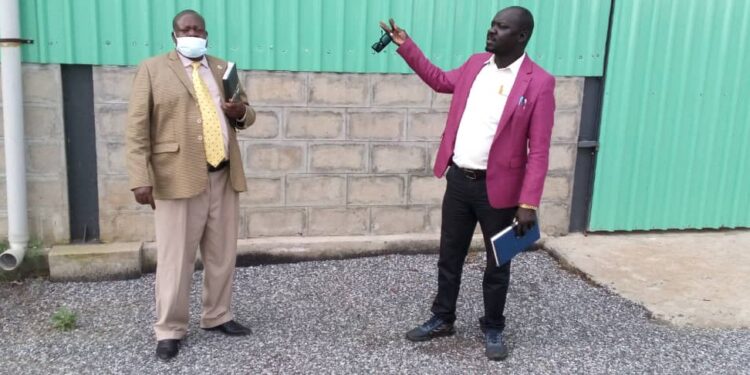 The Gulu Resident District Commissioner and his deputy were frustrated with the delay in the completion of the construction works of the district industrial hub commonly known as the youths’ skilling center.

The RDCs expressed wary on Tuesday while monitoring the site.

The hub construction is a four-year project that began in 2016 and is set to be officially launched by his excellency Yoweri Kaguta Museveni Tibuhaburwa upon completion.

The district youth center is a presidential initiative that is located in Oding village, Oding parish, Unyama sub-county, Gulu district.

According to the office of the RDC, several gaps need to be worked on before the Official Launch by H.E the President of the Republic of Uganda, Yoweri Kaguta Museveni Tibuhaburwa.

Gulu district istrict Resident Commissioner, Mr. Charles Ichorgor was very disappointed by the delayed completion of the hub center, hence pledging to update the president as there is no sign of progress.

“This project when completed shall provide employment opportunities to many Ugandans, thereby; securing the future as well as promoting social-economic transformation that is in line with the National Resistance Movement goal to elevate people from poverty,” Mr. Ichorgor said.

The industrial Hub is to offer skills training programs for youths in the entire Acholi Sub-region with various disciplines such as shoe making, coffee processing, maize processing, welding, and carpentry among others.