Induction Retreat: RDCs to camp in Kyankwanzi next month

by Mulema Najib
in News, Politics
34 0 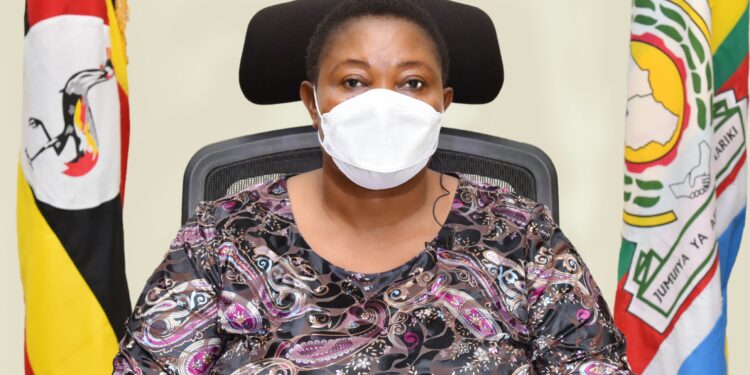 The recently appointed Resident District/City Commissioners (RDCs/RCCs) and their deputies will at the beginning of next month converge at the National Leadership Institute (NALI) in Kyankwanzi for an induction retreat.

This has been confirmed by the Minister for Presidency Hon. Milly Babirye Babalanda.

She told this news outlet on Wednesday that the Commissioners will be lectured on how to strengthen their monitoring and supervision role, the modalities they should use to improve service delivery in their respective areas of jurisdiction and how to execute the Parish Development Model (PDM) in order to alleviate Ugandans from poverty.

During its launch in February, 2022, President Yoweri Museveni said through PDM, Government will take services to the people in a more effective way and receive actionable feedback from them on wealth creation and Government-provided services to quicken socio-economic transformation.

Mrs. Babalanda added that the RDCs/RCCs will also be trained on how to protect and conserve the environment in regard to President Yoweri Museveni’s call to restore the fragile nature.

“The issue of rampant illegal land evictions in the country will also be discussed. Early this year, H.E the President banned all land evictions in the country that are carried out without the consent of the respective District Security Committees (DSC) headed by the RDCs/RCCs. So they will be engaged on how to properly enforce the Presidential directive.”

“A good number of ministers and heads of various government agencies are expected to take part in the orientation exercise,” Hon. Babalanda further disclosed.