by Mubiru Ivan
in National, News
32 0 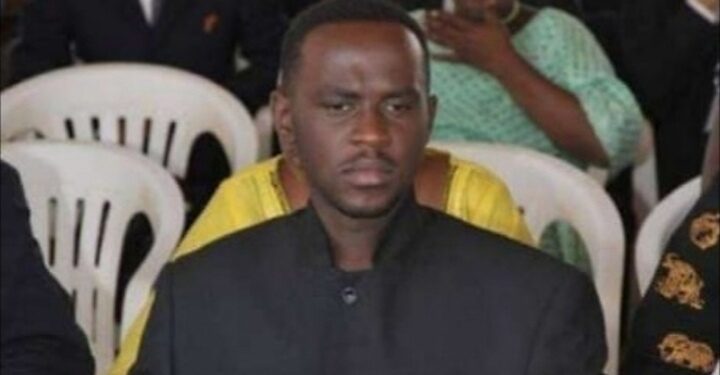 After his recent arrest in United Arab Emirates (UAE), another businessman has come out to accuse Eriya Mubiru of defrauding him of Shs250 million.

Mubiru real name Eriya Kalenge was arrested a few days ago in Dubai for allegedly extorting over Shs2 billion from a UAE Businessman.

Ibrahim Kaweesi, is among the unsuspecting Ugandans who have ever fallen victim of Mubiru’s swindling ways.

In 2008, Kaweesi, then 23 years old, was an ambitious young businessman who had a dream of migrating to Japan to look for greener pastures, when he met Mubiru at one of the car bonds (Tiga Investments) in Industrial Area. He thought God was going to answers all his prayers through the latter.

Unfortunately, things didn’t go as he had planned;- the person he had trusted, was a total conman, who was eager to finish him off financially.

According to Kaweesi, who now lives and works in Dar es Saalam Tanzania as a  businessman, Mubiru has conned a lot of Ugandans and most times, always gets away with it, simply because he is a highly connected chap, with a close relationship with a good number of officials in the ruling establishment.

Kaweesi says in 2008, he meet Mubiru at one of the bonds in Kampala. Both had gone to purchase cars, and during the course of event, they managed to have a light moment and discussed business.

“By that time I was a businessman dealing in rice and also had transportation vehicles (two elfs and a fuso) which used to transport my rice consignments from Busoga… .In 2008, I met, a man called Eriya Kalenge who calls himself Eriya Mubiru, we met at one of the car bonds in Industrial Area. He was purchasing a black BMW 325 whereas I was buying a Pajero Short V8. When I saw him, I got inspired because he was a young man like me who looked to be well off financially. I asked him what he does. He told me he was a businessman who stays in Japan with his Japanese wife. I picked interest in his engagement because I had always wanted to work from Japan. He assured me that I could join him in Japan as long as I invested in money,” Kaweesi recalls.

“I told him I had a residential house in Kanyanya which I was willing to sell and that I was also ready to sell my cars. After getting the cash from the assets, I would approach my family and ask them to top up the remaining balance so that I can go and work. I had a plan that after making it big it Japan, I would ensure that I replace my sold properties in Uganda.When I told him to look for a buyer for my house, he brought his sister called Catherine who bought the house. I handed him the money from there so that he can work on my travel process. I sold all my assets and gave him money. Even one time he gave me his newly bought BMW to use in a mean time because I was left with nothing to be used in my movements.”

Kaweesi revealed that his mother also had a commercial house in Manyangwa Gayaza which she sold so that they could raise all the required money (Shs250m).

“He had told me that while in Japan, we shall be dealing in car importation,” the businessman added.

“After a while, he started tossing me around without giving me any feedback regarding our plans and this is where he decided to bring in his brother Kalenge Jordan (usually calls himself Sheikh) who went to Nasser Road, forged South Korea visas (for me and Jordan) without me knowing that they were fake…. We managed to pass through Entebbe International Airport with our fake visas and fake US dollars.”

When they landed at Seoul Airport in South Korea aboard Emirates Airlines, Kaweesi noted that they were suddenly arrested with their fake visas and detained for week before being deported to Entebbe.

“When we returned, Mubiru cut off the communication and when I managed to get in contact with him, he decided to threaten me saying he has big people in government who can deal with me.”

“I will not forgive that man, it’s only God who will forgive him.What I ask is one thing, he has used my money for some so long. He should pay back my money, he may even decide to add interest on it.”

Mubiru known for obtaining mega contracts from the Ministry of Defense, was in 2017 put on spot over shoddy works and inflating the Kaweweta Recruit Training School (KRTS) procurement deal to a tune of Shs76 Billion. The same was investigated by a committee instituted by President Yoweri Museveni which cited fraudulent procurement methods and tax evasion by Mr. Mubiru’s companies – J2E Investment Corporation and Roester Construction Corporation.

In 2020,the Ministry of Defence’s administrative review committee was set up to look into the findings by an earlier investigation led by the then Deputy Chief of Defence Forces, Lt Gen Charles Angina.

Gen Angina had found that Mubiru’s companies had been awarded five contracts for construction works of the Kaweweta Recruit Training School through either fraudulent bidding processes or without any procurement procedure at all, and had presented fake profiles of employees to win the contracts.

The report stated that Mr Mubiru himself had claimed he was a qualified engineer whereas not.

Gen Angina further found that Mr Mubiru’s companies had forged books of accounts, evaded taxes and had failed to execute the works paid for. Phases I, II and III of the works at the training school had not been completed, several years after the contracts had been awarded yet Mubiru had been paid most of the contract money.

Gen Angina wondered how the same company would be awarded another phase of the works before completing the previous one, and pointed out that much of the work that had been done was shoddy.

This led Mr Mubiru to flee the country and only returned once when several high serving UPDF officers begged President Museveni to forgive him.

He has been cited in many controversial land deals such as his involvement in the grabbing of Kajjansi Forest Reserve which was recently brought to the attention of State Minister for Lands Honorable Sam Mayanja who directed the State House Anti Corruption Unit to investigate the same.

FARUK KIRUNDA: Debate on the Speaker’s and Deputy Speaker’s cars has lost direction