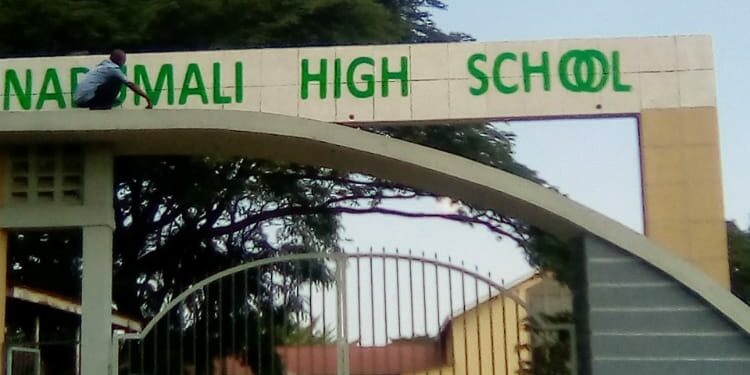 If their is a historical school that has seen both high and extremely low days, then it’s Nabumali High School. Previously called Mivule High School, the school was began by 1900 and established in 1912 at its current address Nabumali. Its believed the missionaries failed to pronounce the name Nabumati of the old woman that occupied the land where the school is located today and instead referred to her as Nabumali promptly changing the name of an entire village to Nabumali.

The missionaries never envisaged the school ever going through any turbulent times that would ever bring its heart beat to a near halt, this was yet to happen a record 92 years after departure.

Nabumali’s bad days seem to have began in the 1970s though this went unnoticed. The reasons were general, majority political and economic but this affected the entire country.

Most of the staff at Nabumali by then was white and a few black this therefore caused a massive loss of teachers who were of British origin when president Iddi Amin Dadda expelled Asians and the British. Its around the same time that the swimming pool became under utilised due to lack of sufficient piped water, chemicals and competent staff but some how swimming went on.

Actually Amin visited the school in 1972 and swam in the school swimming pool with students as veteran swimmer Jajja coach Collins Waswa Matovu who was in S2 by then and captain swimming attests.

The school still thrived with the remaining black staff and a few others that joined. Academic excellence was inevitable, the enrolment was high as students from various parts of Uganda and beyond joined. Nabumali was still the place to be for both teachers and learners, more students from Nabumali joined Makerere university on government sponsorship. One would linger in wonder how an institution would thrive under such heinous political and economic circumstances but it was possible.

Nabumali’s biggest problem seem to have cropped up in the 1990s but this wasn’t visible given the fact the school was doing well academically. It’s assumed it’s during that time when financial mismanagement started happening, creditors went unpaid but were patient since their was hope the school looked healthy with potential to clear the debts. This never happened, the school’s debt grew overwhelmingly and some creditors ended up in courts of law to recover their money.

The worst happened in 2004 when a gigantic violent strike robbed the school of its most prestigious senate building through a fire set by students on the 11th of October.

This marked a new dark era for the school. The New Vision of 12th October 2004 carried a front page title in thick bold font; Students burn Nabumali High School. Below the headline was a scary photo of the burnt school administration block. The strike left over 50 students expelled and many more suspended. The school had been closed the previous day as different stake holders engaged each other on the way forward but later opened after a two weeks holiday. All measures to get things in line seemed to have failed. The school stake holders had no experience in handling such scenarios. Several demonstrations took place even after the 2004 strike meaning the problems hadn’t been addressed as deserved. This further damaged the school.

The school has had seven head teachers between 2004 to date with once deputy Mr Israel wabusela walukhuli as acting headteacher after Mr. Wamala Sam RIP was sent on forced leave and retirement following a peaceful demonstration by more than 1500 students from the school to Mbale district head quarters on July 29th 2006. Me your writer did participate in this constitutional act on that day.

Mr. Ruremire George RIP steered the school from Mr Wabusera as full head teacher to 2008 under a storm merred with divisions amongst staff, PTA, BOG, students, surrounding community and political heads. He was also sent on forced leave paving way for Mr. Mulomi James the current head teacher of Old Kampala SS to take over as new Head teacher.

There was a little silence to the guns, the school tried to gained a considerable good public image though it was choking on debts in billions. School bank accounts were always threatened with closures as court bailiffs tried their luck at towing away the school bus on several occasions to recover money of the school creditors.

The buildings were thirst for a coat of paint, teachers quarters were delapidated and school swimming pool paid homage to fungi, frogs and other reptiles. The labs lacked running water and other logistics. School environment was extremely wanting student numbers had fallen to 700 from a record 2000 students. Same with the teaching and nine teaching staff. The media wrote bad stories about the school. Old students had deserted their school, no one was willing to identify themselves with the school at that time.

But as day follows night, so has glory whipped off Nabumali’s tears. The emblematic eagle on the schools badge is soaring higher than the skies. With the support of the old students through the Nabumali Old Students Association NOSA. Various projects have been accomplished on time and some before the deadlines. The NOSA bursary scheme which identifies academically competent students from disadvantaged families has enabled children to study at Nabumali with hope of improving academic performance and increasing school enrolments.

Old students fundraise to renovate their respective houses, different cohorts take on various tasks like renovation of classroom blocks. It’s through such intervations that the school chapel got a face life recently. The school now has a state of the art Main gate that suits its current status. Old students through their networks managed to lobby for tarmacking the road from Nabumali town Council to Nyondo along the school. The school also had its inroads whose tarmac had since been washed away reconstructed. The school farm is fully functional with a tractor and other farm implements.

The list is incomplete with out the recently renovated school swimming pool, apparently the biggest in Uganda worthy hosting a national tournament.
The swimming pool is one of the key projects to be launched this homecoming this Saturday 11th June 2022 where the chief guest will be the Cheif Justice Alfonse Chigamoy Owiny-Dollo.

A school magazine highlighting the various achievements and history of the school will be launched as well, its therefore a soothing call to all old students to come attend, celebrate and networking with each other.

Most co-curicular activities like swimming, all ball games, hockey, athletics, have been revived.

The school hopes to leverage on these achievements and its social capital to continue boosting its academic performance beyond that of its past glory. Onwards and Upwards is the school motto.