by Everest Mukiibi
in News, Politics
3 0 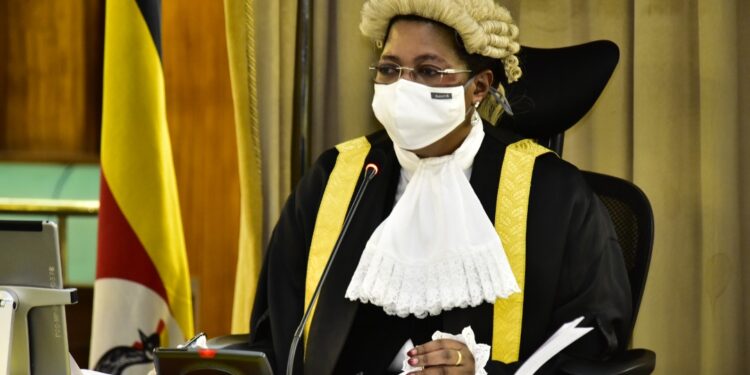 Speaker Anita Among, presiding over Plenary.

Parliament has found itself in a catch-22 after a section of legislators complained about deductions from their salaries as contributions to the Jacob Oulanyah Education Trust Fund.

The fund was set up two months ago in memory of the fallen former speaker of Parliament Jacob Oulanyah. It was intended to educate the former speaker’s children and those who depended on him. During his send-off in April, it was said that Oulanyah was taking care of more than 100 children at various levels of education.

Chief Justice Alfonse Owiny-Dollo who championed the fund then said that the education of the children would be possible if the love shown by the grief of Ugandans is converted into a financial contribution to the Education Trust Fund and that the dreams of Oulanyah’s children and their pursuit of education will continue as if Oulanyah was still alive.

A resolution was then passed for every MP and ex-official member to contribute one million Shillings towards the Fund translating into a contribution of 554 million Shillings from the institution that Oulanyah presided over before his death. The deductions were effected last month from the salary of each legislator.

But a week ago, reports emerged that some MPs were furious about the deductions. Initial reports quoted Bugabula South MP Maurice Kibalya and Nakawa East MP Ronald Balimwezo  saying that there should not be collective responsibility in contributing to the fund because a number of them did not consent to the resolution.

On Tuesday, Speaker Anita Among questioned the sentiments saying that the deductions were based on a resolution of Parliament and threatened to refund money for all legislators who felt offended by the act.

Aswa County MP Simon Peter Wokorach said that his colleagues are not only complaining on social media, but also in corridors of parliament and at radio stations where they are hosted. He supported the idea of refunding money to those who are displeased with the deductions.

However, Bugiri Municipality MP Asuman Basalirwa emphasized that the resolution made by parliament was bound to all its members and advised that those displeased with the deductions from their salary should move a motion seeking to rescind the resolution.

Oulanyah died in a hospital in Seattle, USA on March 20, 2022, after serving less than 10 months in office. He was laid to rest at his ancestral home in the Omoro district on Friday, April 8.