Mbarara: 3,000 people to get titles under Systematic land management plan 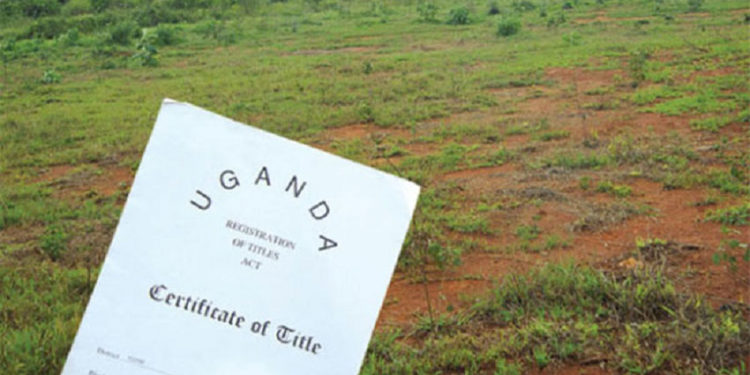 At least 3, 000 people living on customary land in Bubaare Sub County Mbarara district have applied for titles under the Systematic Land Management plan.

The applicants submitted their applications over the last two weeks. Edward Kasagara, the Mbarara Chief Administrative Officer, says that the government plan is aimed at ensuring that each person in Bubaare Sub County gets a land title.

Kasagara says people in Mbarara have lived on customary land, which they inherited from their grandparents and ignored the need to get titles thus escalating wrangles.

He says that the pilot programme has proven a success in one sub-county noting that they are set to roll it to other sub-counties.

Justus Nuwajuna Kamuhanda, the Mbarara District Land Board Chairperson, says that 83% of the people in Mbarara district are still living on customary land without any proof of legal ownership. He says others are not even aware that land can be owned with documents to prove ownership.

Kamuhanda says the success of the program has also seen the land board raise over Shillings 100 million in local revenue from 10,000 applicants for land titles.

He says this was done in one year compared to the Shillings 10 million they raised in the previous financial year.

Denis Asiimwe, 65, is one of the applicants. She says that after the community sensitization program by district officials that he applied for a title for his 58 acres of land that is well fenced.

He inherited the land from his father and has lived peacefully on it without any wrangles. Herbert Tushabe, the Director of Amity Realtors welcomes the programme noting that Ankole has been fortunate because of its culture of communal ownership, which has minimised land wrangles.

Speaker Among donates Shs50m to Al-Hidaya Mosque at Iftar Dinner