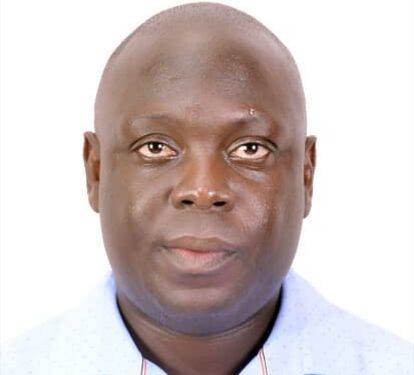 Deputy Presidential Press Secretary, Faruk Kirunda has responded to the ongoing media debate on the legality of the double cabinet appointment of Minister Muruli Mukasa by President Yoweri Kaguta Museveni.

The Ministry of Justice and Constitutional Affairs had since the dissolution of the previous cabinet in December, 2020 remained vacant.

Hon. Professor Ephraim Kamuntu who had been at the Ministry since January, 2020, was moved on in June to serve as Special Presidential Advisor on Manifesto Implementation.

On Wednesday, 19th, however, a letter from the Head of State announcing Hon. Muruli Mukasa as the preferred choice to fill the docket made it into the public domain.

The fact that he is to retain his current position as Minister of Public Service alongside the new responsibilities is what has caused a protracted public debate, with questions over legality popping up. This has promoted Kirunda to share his opinion on the matter.

In a conversation with Watchdog Uganda on Thursday, Kirunda argued that the decision on who, where, and when one gets deployed is solely one for the President, and thus talk on whether it’s legal or not is “idle, and uncalled for talk.”

In an earlier tweet, Kirunda had similarly made it known that there was no law broken by the President, adding that there are precedents to refer to, such as the one when Amama Mbabazi cuncurrently served as Attorney General and Minister for Defence.

” Assigning of additional duties to Hon. Muruli Mukasa as acting Minister of Justice and Constitutional Affairs is expressly within the powers of the President. There are precedents like when Rt. Hon. Amama Mbabazi was acting Attorney General while being the substantive Minister of Defence,”Kirunda explained earlier today.

Besides, Mbabazi, there have been other cases of double deployment in the NRM government on a number of occasions.