by Mourice Muhoozi
in Court, News
42 1 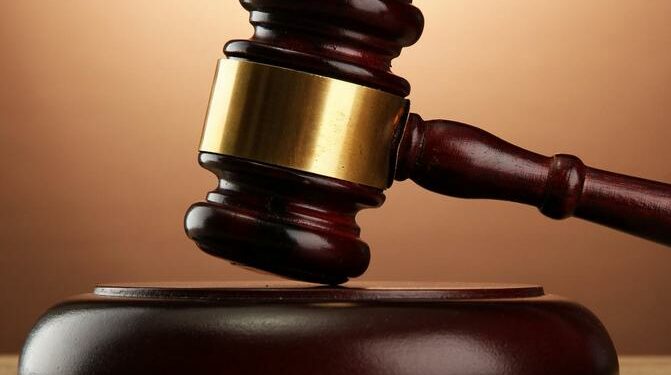 Uganda Human Rights Commission (UHRC) Acting Director in charge of regional services, Asiimwe Wilfred Muganga, has today Saturday been banned from holding any public office for a period of 10 years, by the Anti-corruption court in kololo, Kampala.

This follows the verdict by the Anti-corruption court judge justice Lawrence Gidudu, who convicted him for corruption, abuse of office, and also ordered him to pay damages amounting to Shs60 million.

Two of his co-accused who include; Patrick Nyakaana (secretary), and Wamala Tadeo were aquitted and vindicated by court, while the rest, Rebecca Nassuna ( Principle Human rights officer) and Mabiho Patrick await conviction.

The accused, all employees of UHRC have since 2018, been battling charges relating to abuse of office, contrary to section 11 (1) of the Anti Corruption Act of 2009.

Prosecution presented by State Attorney Marion Acio alleges that between 27th and 30th of November 2018, Muganga lobbied for funds totalling to Shs.100 million, which he claimed were to be used in executing the activities of the agency, at its branches in Hoima, Mbarara, Jinja and Buganda.

In a rare display of allegiance, Nyakaana and Tadeo, quicky acceded to the former’s demands and disbursed the requested money, through accounts of several top officials, who run the agency.

To the suprise of many, Asiimwe later on rang his surbordinates, and informed them that the money was never to be used in executing agency operations, but to be shared as a wedding cake.

Asiimwe had claimed that of the requested Shs100 million, Shs20 million was to be apportioned to five offices each, including his own.

However, he later on suggested to his counterparts to give him Shs80 million, as part of the grand sharing plan. The rest would share the remaining(Shs20 million), amongst themselves.

This unethical and illicit conduct, was detected by other officials at the Commission, who immidiately informed the top management, which inturn embarked on several measures to hold Asiimwe accountable.

It was later discovered that the accused proceeded and paid Shs20 million to their personal accounts, a matter that instigated prosecution to take course.