I will not allow DPP to play with my case! Lawyer Mabirizi cries foul as State takes over Bugingo’s ‘illegal’ marriage lawsuit 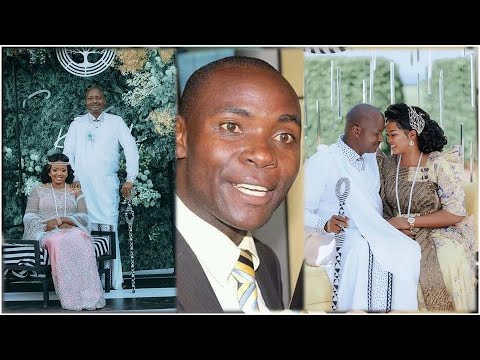 The Office of the Director of Public Prosecutions (DPP) has taken over the criminal proceedings against House of Prayer Ministries International (HPMI) lead Pastor Aloysius Bugingo and his lover Susan Makula Nantaba.

The lawsuit was initially instituted by controversial lawyer Male Mabirizi.

In a letter to the Chief Magistrate of Entebbe Magistrates Court, Janet Kitimbo the Entebbe Resident Chief State Attorney asked Mabirizi to avail them with reasonable information and furnish them with all the documents in relation to the case.

“Pursuant to the Article 120 (3) (c) of the Constitution of Uganda 1995 and Section 42 (1) (a) and (c) of the Magistrates Courts Act, Cap 16; this is to inform the court that the DPP is taking over the criminal prosecution in this case. We, therefore, request that the complainant avail us with all the reasonable information and furnish us with all documents under their control regarding this case,” Kitimbo wrote.

However, Mabirizi says he will not allow the DPP, Jane Frances Abodo to play around with his case or make the Court look like an unserious place where she breathes cold and warm at the same time.

“DPP must know that she cannot eat her cake and  have it at the same time. If she wanted to take over, she would not have informed Court that she would not take over,” Angry Mabirizi said on Friday.

“I know this is a desperate move by Bugingo and Makula, who have tried without any success, to threaten, intimidate and compromise both Court and Private Prosecutor. He has now seen DPP’s Office as a soft spot but its too late since the same office is on Court record declining to disturb the Prosecutor. I will on Monday 17th January 2022, take appropriate action to strike out this illegal, null, void and senseless attempt to play around with our search for justice against a man and woman who think they are above the law.”

Bugingo and Susan are to appear before the court on January 21 over the case.

Recently, Bugingo attacked Mabirizi for dragging him to court over his marriage with Susan.

During his lunch hour fellowship service, Bugingo said Mabirizi is a’ pig’ which wants spoilt things only.

He said God cannot forsake him (His Pastor) and then side with a useless person like Mabirizi.

“Some people are loitering around, I hear Mabiizi.. They are pigs. How can God side with Mabiizi and leave Bugingo who speaks with the sick, the blind?It can’t be. The Mabiizi said that I will be sentenced to 35 years in prison… ” Bugingo told his followers who cheered him with wild jubilations.

On 7th December this year, Salt Media boss was introduced by Susan in a customary marriage ceremony that was held in Katabi, Entebbe Municipality.

Just a day after their Kwanjula, controversial city lawyer Mabirizi dragged Bugingo and Susan to court for breaching customary marriage norms of Uganda.

After being summoned to Court, Pastor Bugingo came out to deny ever being introduced as new husband to longtime lover Susan.

Namirembe Christian Fellowship (NCF) founder Pastor Simeon Kayiwa also said pastor Bugingo’s visit to Susan Makula’s family early this month was not an introduction ceremony but rather a get together party.

Pastor Kayiwa, during an interview with UBC TV, said he escorted his colleague Bugingo to Susan’s family to pray for them and short of that there was no big deal.

Earlier on, Bugingo had told his followers that he had to marry Susan whether Ugandans like it or not as he scoffed at those who thought that he would reconcile with his embattled wife Teddy Naluswa Bugingo saying it was high time they stopped dreaming.