Uganda’s Electoral Commission should borrow a leaf from Victoria University

by Mourice Muhoozi
in National, News
8 0 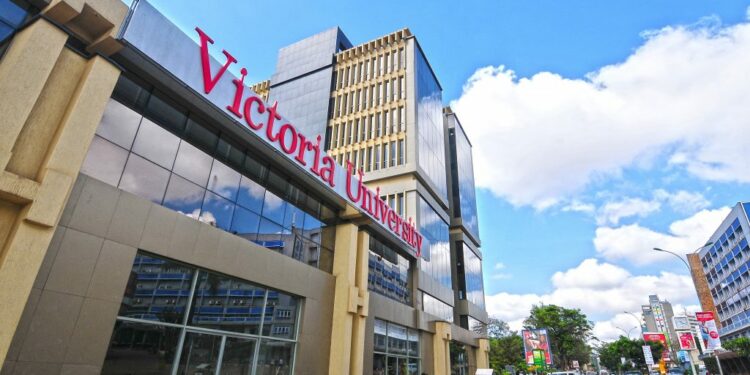 Electing leaders to occupy various formal positions is a norm in any democratic setting, and Uganda is no exception.

On a sad note, fraud has adulterated this hard earned democracy, with the national Electoral Commission being at the spotlight.

At the forefront of challenging the status quo, is Victoria University Uganda that is proving to be a leader in organising credible and transparent elections.

After gathering information on the ongoing virtual guild presidential elections at the University, the process is so far so good, free and fair.

The voting process is supposed to go on for two days and only two contenders are taking part, that is to say; Kirabo Michelle and Abdul-Basit Kasimagwa.

Many interlocutors have largely expressed their optimism, disclosing that there is a highly likelihood of the process yielding to the expectations of all.
Reports of fraud, voter bribery, threats and intimidation are unheard of, among several stakeholders at the University.

Victoria university electoral commission’s act of organising a credible election is likely to raise eyebrows of many, and set a forever precedent to anyone who ever thinks of organising a free and fair election.

Kirabo Michelle, who is a contender in the guild race disclosed to us that the online voting system at the university is amazingly efficient.

“The system is so far efficient. Yes, it is not a bad mode of conducting elections, but some students who are unable to access data will not be able to vote,” Ms Kirabo noted.

A year one student at the same university by names of Wasikye John Chris concurred with Ms Kirabo.

“I expect the system to bring exactly what we are seeing on the portal, so I believe and think if nothing is interrupted with, we are going to get what is exactly on the portal, unless we get interruptions.”

Mr Wasikye also revealed that the current state of affairs, regarding the excellent performance of the system is due to concerted and tireless efforts by the University’s Information Technology department.

“The University itself and the IT department have managed to do their best, everything is in position, there is no mess,” he asserted.

Victoria university undertook a carefully conceived strategy, by organising its first ever online election. It allows monitoring by candidates and students after voting virtually.

Candidates are able to follow and watch their votes and tentative results in real- time from wherever they are situated. It was meticulously planned.

This underscores the possibility of achieving election transparency, which is quiet unheard of, on the African continent.

It is a live system, the first of its kind in Uganda, in all private and public institutions, universities notwithstanding.
It is a game changer and is likely to make history, all sorts of election malpractice in the country once implemented in institutions like universities.

It will restore confidence in various electoral committees, which is a precursor to revitalizing democracy .