Sheeba seeks God after being dumped by Jeff Kiwa 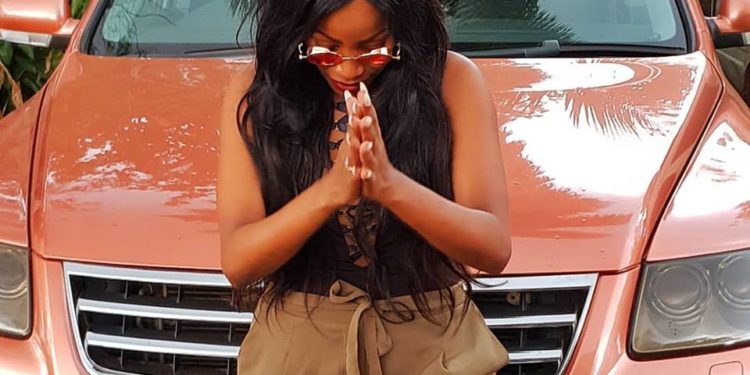 Sheeba Karungi aka Queen Karma is one of Uganda’s top 20 music divas right now. The 32-years- old artist was one of the last members to join Obsessions at the time when its best members like Cleopatra were exiting the group.

She later became a video vixen where Jeff Kiwa picked her up and made her one of Uganda’s best. Even though Sheeba lacked real vocals Jeff Kiwa found a way of making her almost perfect for the industry.

She joined TNS ( team no sleep) and was the diamond in all, some artists like Chosen , Grenade, and others left because they were never recognized and only Queen Sheeba was getting the spot lite and honestly I know so many people out there think she was the only one in TNS.

We can say she has been having smooth years since she joined TNS:
Giving us hits after hits, signing endorsements, venturing into her own business, acquiring a house, cars and so much more.

Queen Karma had been made a star by manager Jeff, she’s one of those artist who are never found in social places like bars and the other events unless she was to perform.
She hardly showed up on fellow artists shows as though it would make her stoop so low , thinking she was above them all and they needed her not the other way around.

Then just like that her manager (Jeff) dumped her and honestly she will hardly survive in Uganda’s music industry. The same manager has let go of some very talented artists and getting up was almost impossible but luckily they did.

Now Sheeba who is rumored to be spoon fed from song writing , studio sessions, video attires and everything music till the release serious prayers must be involved .

These managers play a very big role that some artists never appreciate until when dropped the likes of Irene Ntale ( a very talented artist who can’t be traced musically now).
Karungi is now going gospel but will she make it, well let’s keep watching