by Stephen Kalema
in News, Politics
13 0 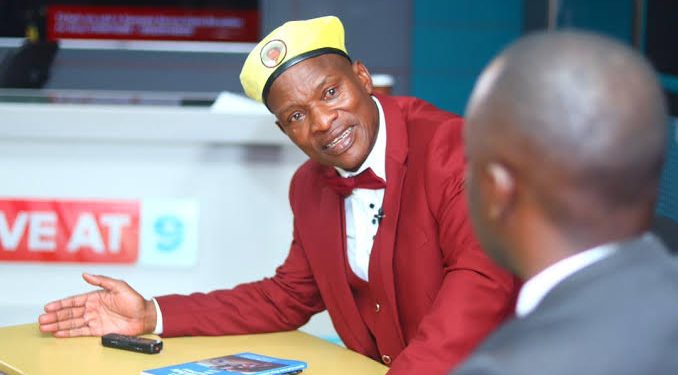 During his end-of-year speech on Friday, President Museveni said his party win in Kayunga was convincing.

In his message, Gen Museveni said there were tragic-comedy by members of the National Unity Platform (NUP) that the NRM candidate Andrew Muwonge had won by cheating. He added that he did not know that NRM actors had enough energy to cheat because most of the time they are asleep and allow the opposition to intimidate people and rig votes.

“Why only cheat in Kayunga? Why not in the few other areas where NUP won? Kayunga, Buganda and the whole of Uganda are, politically, NRM territories. Why? It is because the NRM has done more for those areas than anybody else, the internal weaknesses within NRM, notwithstanding. We are handling the internal weaknesses, including corruption. It is the opposition and their collaborators, that always avoid voting electronically. We should amend the law to stop all non-electronic voting. That is what Democrats should be demanding,” Museveni said.

However, Mirundi says NRM cheated in Kayunga and their win was an ‘open rape’ on Bobi Wine’s NUP.

“You cannot say that you won elections yet the winner did not even celebrate, he was shocked by his victory. This is logic that everyone was seeing, the Kayunga issue is one of its kind in Uganda’s political history. Obote rigged elections but he did not steal victory this is what people don’t know, stealing victory or refusing to concede a defeat is different from rigging. Rigging is a process, this is where the ruling party creates more constituencies in areas where you have support, arresting opponents etc.”

“I pity this NRM man because he is not going to work, he has just been installed by the party leveraging on someone’s victory. This was not NRM’s victory but the invisible hand within the party wanted to expose Museveni and his party. I agree with NUP that their victory was taken away from them. In fact, the NRM group which was in Kayunga are not Museveni’s supporters, how can a mere by-election of a local government become a do or die yet you have the majority in Parliament? NRM’s victory in Kayunga was open rape on NUP.”

Mirundi also advised President Museveni to make heads roll within his NRM camp and also fire the entire leadership of the electoral commission because its intention is to tarnish his name.