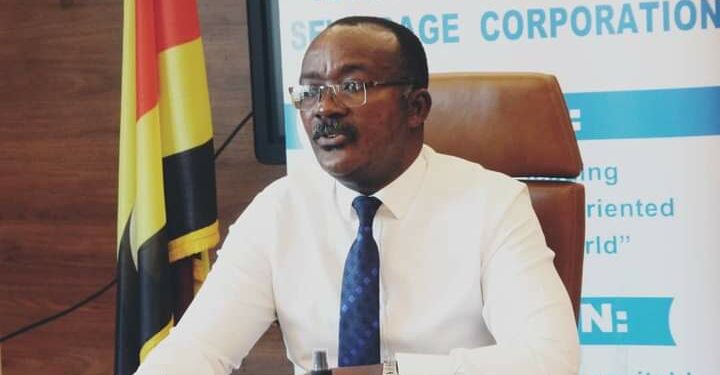 The National Water And Sewerage Corporation (NWSC) has spoken out on allegations that it dubiously procured fake water pre-paid meters.

On Monday, a local online news website reported that NWSC connived with the Executive Director of Public Procurement and Disposal of assets Authority (PPDA) Canon Benson Turamye to block investigations into a matter where the former dubiously procured fake water meters at an exorbitant cost of Shs17 billion.

“Ruth Kembabazi, Turamye’s wife had been recruited by NWSC as a senior internal auditor on August 6, 2018 at a salary scale of 3.1.However, in a surprise move that shocked senior staff at NWSC, Kembabazi was abruptly promoted to Senior Compliance Officer on September 2, 2020, earning her a salary scale of 3.10, which is almost the salary scale of principal officers at NWSC.”

However, in response to the allegations, Eng Dr Silver Mugisha, the Managing Director of NWSC says its true the corporation procured prepaid meters for Government institutions about 8yrs ago but within two years of operation, they developed functionality challenges, something they found unusual.

Dr Mugisha adds that following the glitches, NWSC took administrative measures with the supplier to mitigate any financial loss to the corporation. This involved witholding equivalent payments to the supplier and cashing performance security

“About 3yrs ago, PPDA carried out a comprehensive performance audit on the matter, in accordance with the law. PPDA report returned a raft of measures and recommendations that NWSC management and Board, have since acted on fully,” the Managing Director said yesterday.

“NWSC is currently developing its own prepaid meter technology, based on experiences we have had with prepaid meters.Similar allegations were brought to the floor of 10th Parliament. We gave our correct side of the story and it was understood.”