by Catherine Apolot
in Entertainment, Showbiz
12 1 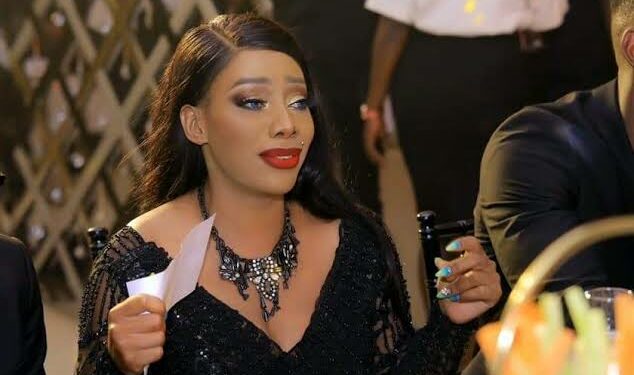 As the economy continues to get hard, Socialite Shanita Namuyimbwa famously known as Bad Black has decided to venture into selling nudes online to make ends meet.

Bad Black is selling nudity and passing on sex lessons to her followers through her new private Snapchat account and every client is required to pay at least Shs400, 000 to have an optical nutrition from the socialite’s explicit content.

The private account named “Masolo Queen and King Masolo” is owned by Bad Black and her fiance Asha Panda.

She says that it will be featuring different females and men, including herself and her fiance.

According to Mbu– entertainment news website, Bad Black account is sharing nude photos, videos, sex tips, among other things and the self confessed commercial sex worker also noted that there will be call girls to offer phone sex to clients.

“She said that 2022 will be a really eventful year and only those with money will be able to enjoy her content,” Mbu wrote.

Bad Black who was one time one of the biggest money spenders in Uganda was in July this year kicked out of her rented apartment in Butabika over failure to pay her arrears.

After the scenerio, Ugandans blamed her for misusing the millions of dollars she stole from her ex-muzungu lover David Greenhalgh 10 years ago to the extent of failing to pay rent.

However through a social media post, Mama Jonah defended herself saying that all the money she stole got finished during the Court proceedings and by time she left prison, she had nothing.

“People are talking about the USD4 million. All that money wasn’t taken by me, eight people were in the deal bayina okufuna their cut. Truth I started afresh and I will let you know nga nfunye only those who don’t know how stolen money can perish in court: by the time I left prison I had nothing its only four years so sente zo muzungu no coin left twakyakala,”Bad Black said.

STRIVE MASIYIWA: My tribute to Archbishop Desmond Tutu, the most fearless person I ever knew

STRIVE MASIYIWA: My tribute to Archbishop Desmond Tutu, the most fearless person I ever knew