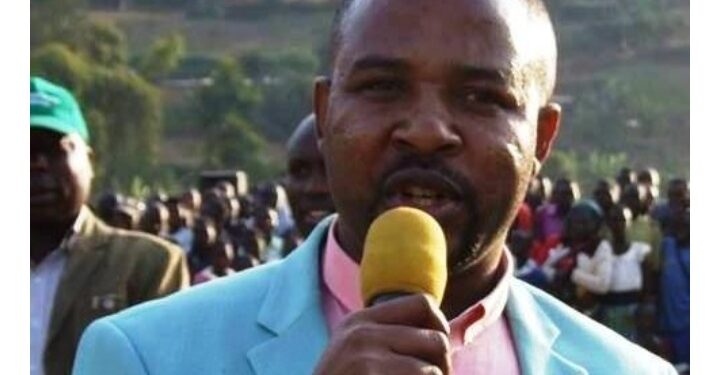 Artisanal miners involved in the iron ore business and owners of land with mining sites in Rubanda and Kabale Districts have accused the Rubanda West Member of Parliament Moses Kamuntu Mwongyera of fraud and trespass on their land.

Through their Cooperative, Kigezi Iron Ore Miners Association, the aggrieved party raised their complaints on Wednesday, in a meeting organized by the Directorate of Geological survey and Mines under the Ministry of Energy and Mineral Development, at St. Johns Ikumba Primary School in Hamurwa subcounty, Rubanda District.

A team of technocrats led by the Asst. Commissioner in charge of monitoring and inspection Eng. Joseph Okedi had gone on a fact finding mission about the long dispute between Kamuntu Investments Company and the community affected by its mining activities in the region.

Kamuntu who is serving his first term in parliament as Rubanda West MP is the only licenced dealer in Iron ore mining from Kigezi subregion and he mainly exports the raw mineral to Kenya.

However, during the meeting, a section of small scale miners from Rubanda and Kabale District accused the legislator of taking their iron ore on credit and failed to pay them.

Led by their chairperson Dr. Narsis Kabatereine, a resident of Rwara village in Karukara parish, Hamurwa Subcounty, the complainants alleged that they started supplying raw Iron ore to Kamuntu Investments Limited after its director Hon. Kamuntu asked to be their chief buyer following the withdrawal of Businessman Abid Alam of Steel rollings limited, about three years ago.

They claim that they dealt with Kamuntu cordially and he was paying for their iron ore supplies in the beginning despite cutting the price from Abid Alam’s 150,000 to 80,000 for an elf tipper.

The miners claim that later Kamuntu through his company started trespassing on their land that was neighboring his own rented mining sites in Karukara and forcefully deployed tractors and excavators to extract iron ore.

Rubanda Deputy Speaker of Council Mbabazi Pierre and the District LC.5 Female Councilor for the elderly Legis Barisgara who are part of the aggrieved group, explained that Kamuntu started aggressive mining after President Yoweri Museveni authorized his company to resume business following a ban that had previously halted all iron ore mining activities in the country.

Pierre who is also the L.C5 Councilor Hamurwa Subcounty told the meeting that Kamuntu had gathered a group of miners to go and plead to Museveni during the 2021 election campaigns so that he could re-open the iron ore mining sector. Before the ban in January 2021, Kamuntu Investments company had reportedly exported 390,000 out of the 60,000 tonnes of iron ore they had agreed with an undisclosed foreign refinery.

The duo accuse Kamuntu of telling the people that he was collecting the iron ore because it was a directive from the president, as a way of intimidating the unsuspicious land owners against denying him free access to their land.

Henry Turinawe and Denis Byomugabe said they had sold their property and invested all the money into iron ore mining to supply Kamuntu after he assured them of getting rich after selling the iron ore to him. They said they were living in poverty and misery because they had trusted him so much to the extent of forgetting to sign any memorandum of understanding with him, which is why he had deliberately refused to pay them.

However, the General Manager Kamuntu Investments Limited Bruno Byereta denied all the accusations against the company and his boss. Mr. Byereta who claimed that he had been managing Kamuntu’s mining activities for ten years said that their company did not owe any amount of money to the complainants. He also denied accusations of trespass on anyone’s land, adding that whoever had evidence should present it to court and they would be paid right away.