by Stephen Kalema
in News, People
3 0 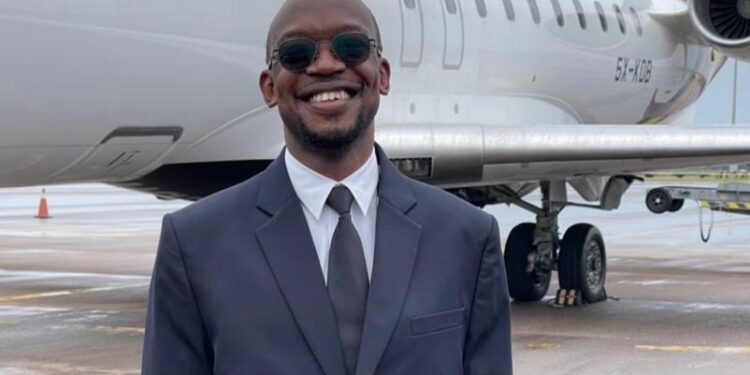 Captain Phillip Ssebunya is a Captain at Uganda Airlines. He graduated from the East African Civil Aviation Academy in 2009 with a commercial pilots license, getting his first break in Aviation with Auric Air based in Mwanza Tanzania on the Cessna Caravan 208 in 2010.

Capt Ssebunya served with them for about two years leaving them in 2017 to return closer to home eventually joining the relaunched National Carrier in 2019 initially as a co-pilot, before going on to train as a Captain on the CRJ900.

He took part in the promotional tour of one of the first CRJs to South Africa and West Africa immediately after their delivery to Entebbe in April 2019.

Known for his passion he takes his work seriously and is a constant advocate for the safety and greater efficiency in company operations. His energy and passion, well-directed, will no doubt contribute to further growth and improvement of the airline in the years to come.