In a document dated 12th December, 2021, President Museveni said, “By virtue of the powers vested in the President of the Republic of Uganda I hereby appoint the following as Ambassadors, High Commissioners and Deputy Ambassadors to the respective brotherly and friendly countries…”

Among the new Ambassadors is Dr Yahya Rashid Ssemudu who has been posted to Khartoum, Sudan. He replaces James William Kinobe.

Col (rtd) Fred Mwesigye has been appointed as Ambassador of Uganda to Tanzania, replacing Richard Kabonero.

Former Internal Security Organization (ISO) Director General Brig Ronnie Balya has been appointed as Ambassador of Uganda to South Sudan, a position he previously served in ( 2017-2020). 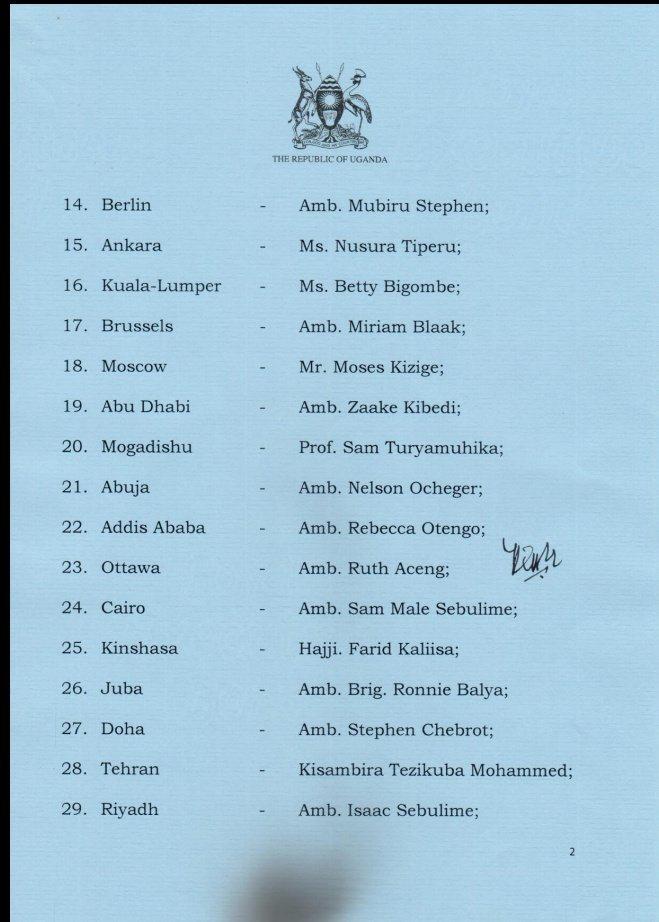 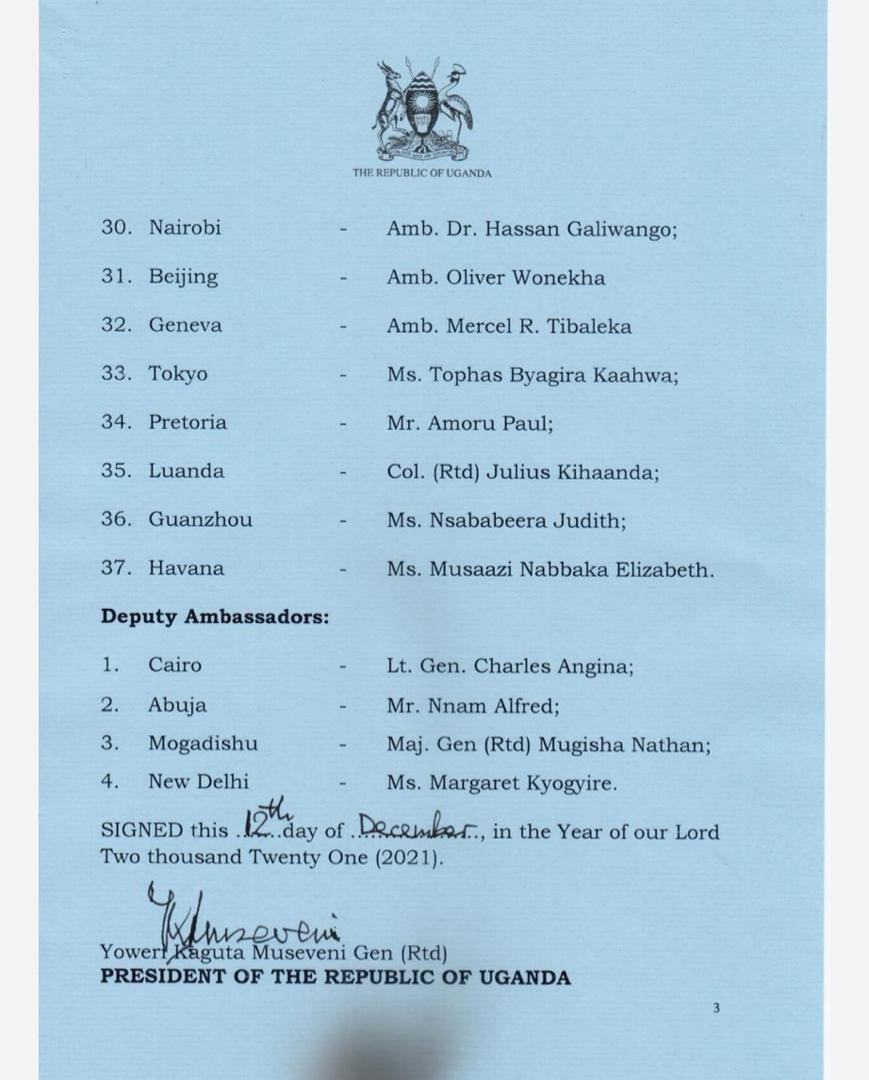