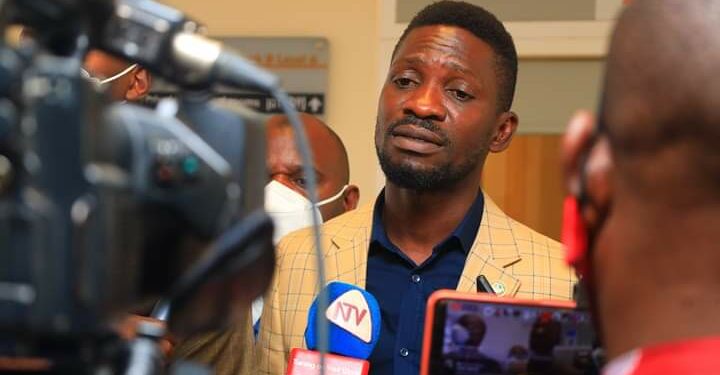 Kyagulanyi famously known as Bobi Wine says the UPDF Chieftaincy of Military Intelligence (CMI) which is headed by Gen Kandiho has presided over the most vile human rights violations in Uganda’s history.

“They have abducted, tortured and murdered Ugandans with impunity. To now see this same lot pleading human rights when it’s time for one of them to be held accountable is ironic. Financial sanctions are highly welcome. DictatorMuseveni and his cronies must and shall account for their atrocities,” the former presidential candidate said on Tuesday.

Earlier today, the US notified the government of Uganda how they had placed financial sanctions against Gen Kandiho.

The development was put to light by the UPDF Spokesperson Brig Gen Flavia Byekwaso.

“We have been officially notified about the unilateral financial sanctions against Maj Gen Abel Kandiho, the Chief of Military Intelligence- UPDF by the United States of America government,” Brig Byekwaso said in a statement on Tuesday.

She added that as Uganda and UPDF, a reputable government institution particular,” We are disappointed that such a decision could be made by a country we consider friendly, a partner and a great ally, without due process and in total disregard of the principle of ‘fair hearing’, occupied with failure to make the necessary consultations.”

Brig Byekwaso further revealed that they will be seeking clarification from USA government/authorities to be able to determine a way forward.

Gen Kandiho joins a growing list of Ugandan security chiefs such as former Inspector General of Police (IGP), Gen Kale Kayihura to be sanctioned by the USA.