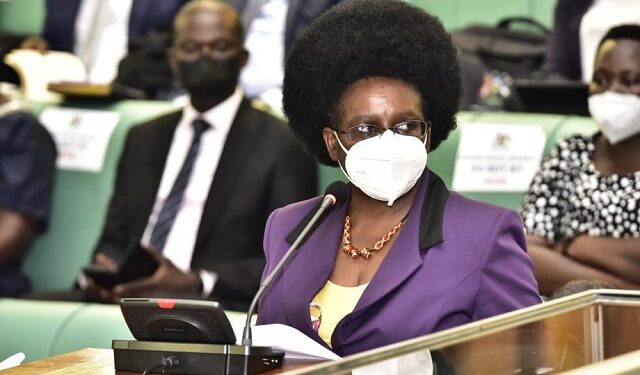 The Minister of Science, Technology, and Innovation, Dr. Monica Musenero has informed Members of Parliament that their probe will yield nothing and they will not succeed in spoiling her name.

During a news interview on CBS FM on Monday, Dr. Musenero said there is an invisible hand using Parliament to blackmail and spoil her name before President Yoweri Museveni. She however, warned all those behind the evil act that they should stop because they will never succeed in fighting her.

“This is all rubbish. with an intention to spoil and blackmail my name, sincerely they just make me laugh. I have worked with a lot of companies and institutions at least they know my honesty. I’m sure I did not take any money, they just hate me. Fortunately, I don’t have time to hate or fight them back but I’m going to pray for Yona Musinguzi, God to heal him because he must be hating me and my family,”Dr Musenero disclosed.

She added that Uganda is full of people who hate seeing any development in their country and that’s why thry are attacking her since she is spearheading a mission to change Uganda into a country of scientific innovations and technology.

“There is nothing much, but hatred and I believe Yona is being used by some Mafias who are scared because Uganda is developing in technology. This is a big group, you may find even some foreign companies are among them, sponsoring to see that we fail. These are real enemies to the President because they are fighting his mission of making Uganda a country of science and technology.”

Dr. Musenero is accused of embezzling over Shs31bn in disguise that she was going to come up with the covid-19 vaccine. The revelation of her embezzlement allegations was first made by two whistle blowers who asked the office of Inspector General of Government (IGG) to interrogate her However, before IGG taking any step, Ntungamo Municipality lawmaker Yona Musinguzi last week pinned her and brought documents before the House detailing how she used money into her own businesses, a matter that forced the Deputy Speaker of Parliament Anita Among to come up with a committee to carry out investigations into the allegations which were made Musinguzi.

The formation of the select committee did not please President Museveni to the extent that he warned MPs to keep off Dr Musenero, his decorated scientist.