Don’t intimidate us! MPs fire back at Museveni for threatening them over Dr Musenero

by Stephen Kalema
in News, Politics
32 3 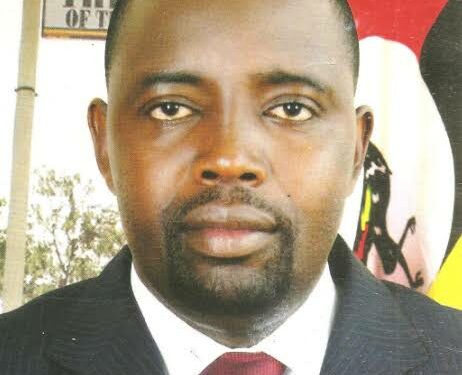 Members of Parliament selected to investigate Dr. Monica Musenero’s embezzlement allegations have assured President Yoweri Museveni that they will proceed with their assignment.

The committee which was formed on Wednesday by the Deputy Speaker of Parliament Anita Among led by Ibanda North constituency MP Kyooma Xavier Akampurira has confirmed that they will not be threatened by President Museveni’s words. Kyooma ensured that they are going to execute orders of their boss, not President Museveni.

Following the allegations by the Ntungamo Municipality MP Yona Musinguzi pinning Dr. Musenero also the Minister of Science, Technology, and Innovation for siphoning over shs31bn in disguise that she was going to come up with the covid-19 vaccine, Parliament came up with a committee to dig out the truth of the matter.

He added, “When I saw people attacking her I said, I hope they are right because if they are not, I will go for them since they have no right to attack a decorated officer of the Uganda scientific community. This is now the trend in Uganda to attack important and useful people in our country, this must stop. The country that does not respect contribution does not develop.”

However, Kyooma has assured President Museveni that the draft is ready, they are waiting for the Speaker’s review to begin their duties. He added that if the President has any issues, they will give him space and table them before the committee.

“As long as we have terms of reference, we shall continue with our assignment and if the President has an issue to raise, as a committee we shall give him the chance.”

MP Medard Lubega Ssegona the chairperson of the Parliamentary committee on public accounts (PAC) has also asked the committee to stand strong and not be intimidated by the Museveni as they execute their task.

“This is the right time MPs who were tasked on this committee to get tested whether they will fear and follow Mr. Museveni’s orders or they will do the assignment their Speaker gave them. We are waiting to see them and if they fail to do as per the will of Ugandans, that will be their end.”