by Catherine Apolot
in National, News
12 1 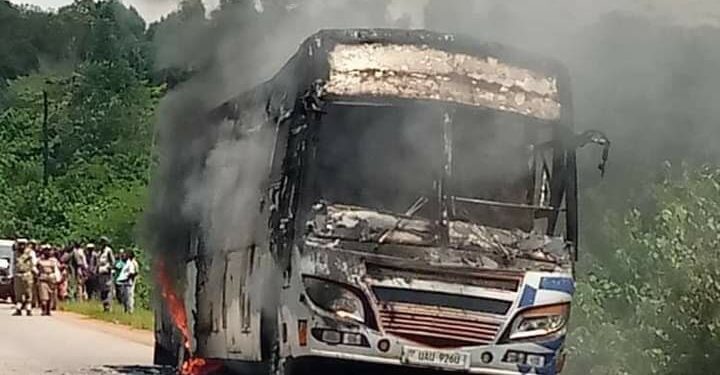 The fire is said to have started from the braking system of the Kabale-bound bus, that had just left Kampala.

All the passengers were evacuated from the bus before it was engulfed in fire. However, all the luggage was destroyed in the fire.

According to Traffic Police Spokesperson Faridah Nampiima,the bus registration number, UAU 926U, had a malfunction at Kampiringisa that caused a fire from the rear wheels.

“The driver had been earlier warned about smoke from the rear but pulled over after the fire had spread,” Nampiima noted.

“All the 37 passengers on board are safe and managed to exit the bus before it was entirely engulfed by the fire.”

Nampiima added that the actual cause of the malfunction will be communicated later.