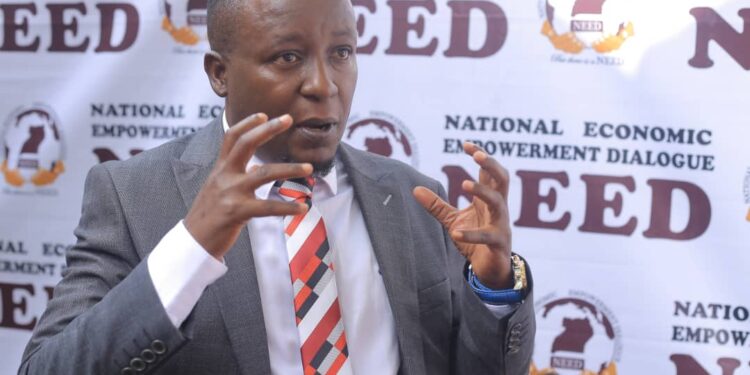 The leader of the National Economic Empowerment Dialogue ( NEED) Joseph Kabuleta has rallied political losers in Bukedi sub region to sensitize and mobilize the area residents to fight for their vast natural resources.

Speaking to a congregation of about 120 people representing the seven districts and 22 constituencies of Bukedi sub region on Friday, Kabuleta said Uganda’s biggest gold mine was only recently launched in Busia district which will soon be producing one tonne of gold a day, according to a story in government owned New Vision newspaper on October 11th, 2021.

The same story also said that a total of 8.9 million tonnes of gold have been discovered in the region.

At current market price, a kilogram of gold is priced at about $55,000 on the world market. That means the mine in Busia will soon be producing $55m worth of gold in a single day, yet Bukedi is ranked as the poorest region in the country according to some surveys.

“How can a region which is rich in limestone and phosphates and boasts three big cement factories be the poorest?” the former presidential candidate asked the NEED delegates.

Kabuleta urged the leaders of the region to wake up from their slumber and stand up to fight for their wealth which is being systematically stolen by a few political elites who have now used their connections to acquire square miles of resource-rich land in the region.

“For us Uganda is a nation that holds our future, as our national anthem states, but to our President, Uganda is nothing more than a land mass over which he has control, and all the resources therein belong to him and his immediate family. The real fight is for our country, especially, for it’s resources which have been taken captive by one family.”

Unveiling the political movement, the former journalist said NEED is constituted of politicians who currently hold no office but have influence in their respective sub-regions and are able to start meaningful discussions that shall see Ugandans fight for their resources.