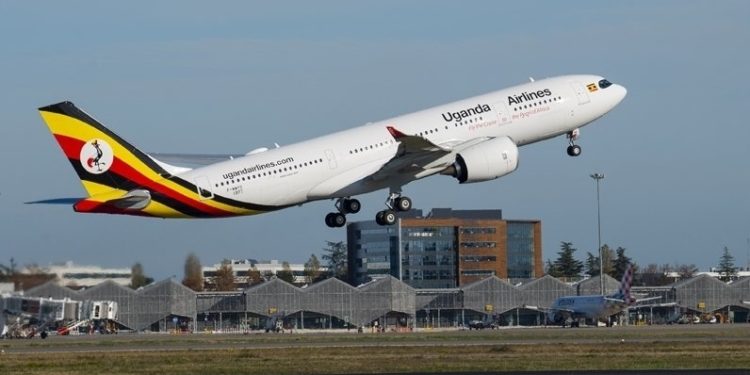 Flights will be in the Economy Class

A post by a one Henry Mutebe who sponsored the good old man to a flight experience to Nairobi last month went viral, attracting the attention of both social and main stream media.

Mutebe,a medical Doctor recounted how Mutebe had selflessly stood in for him and filled the void left by his deceased father, and usually busy mother who would travel places in search of school fees to keep her children in school as a single parent.

Having established the conspicuous absence of Mutebe’s mother who rarely moved out of the village save for death of a close relation, Dhabangi took up a caretaker role for Mutebe, visiting him in the boarding school.

In his almost father to son usual discourses, Dhabangi would encourage Mutebe to study hard so he could one time fly in the skies like people in theplanes he usually saw flying above. This according to Mutebe formed nearly all his parental counsel to the extent that he seemed obsessed by planes.

Having flown out of the country occasionally, Dhabangi started saving to make it possible for Dhabangi to have his dream come true, at a time when he had almost concluded he owed nothing more from life, only waiting for a peaceful death when God calls.

This happened in August.

Back home, Mutebe narrates the ordeal that Dhabangi has had to endure, including his village pals labeling him “a mad man” for recounting to them things only possible in dreams.

In a bid to help Dhabangi convince the village the plane tales are real and that he is not mad himself, Mutebe intends to compile a photographic album for the village to believe the tale.

Bellow is what Mutebe wrote on his social media platforms regarding the plane experience for Dhabangi back home;

Remember the story of the good old man on Uganda Airlines flight to Nairobi? It gets interesting everyday.

Now, when Wilson Dhabangi retuned to his home after the amazing flight experience, a few elders from the village visited him to find out where he had been. He rarely leaves the village so it was kind of odd that he disappeared, and so his friends came visiting to find out what had happened. You know it all happened so fast.

Evening after evening, elders gathered at his home to hear the strange tale of his journey to Kampala, Entebbe and on a flight to Nairobi. He repeatedly told them about the surprise, the feel of the journey and how he had boarded a plane and gone to Nairobi and back.

In utter disbelief, his friends flatly rejected his testimony. They had another theory to explain his new story. Word started spreading around the village that Wilson Dhabangi had gone mad. That he was talking about impossible things. That he was making stuff up. That he must have gone mad.

No body in the village believes, todate, that there is a way, on this earth, Wilson Dhabangi could have boarded a plane. There is no way. It seems, to his peers, his life was sealed- finished, completely.

So am putting together an album for him so that his peers who think he run mad can see and believe that in life a lot of things are possible. Soon, he will also be on TV…may be that inspires others.

We are also working on some project for the community as well. A very interesting project that I will share with you about in the near future. This is to celebrate Wilson and others who have sacrificed and gifted us with that which we can not pay back.

By the way while the story went wild online, in my small village, where less than 0.1% of the people are online, no one believes Wilson boarded a plane. The plane remains a very strange thing, and Dhabangi boarding it even more strange.

Life is quite interesting. It has many surprises. Who doesn’t like my village? Lol it’s simply the best.

Armed thugs kill one, flee with 50 millions in Rukungiri

Armed thugs kill one, flee with 50 millions in Rukungiri