Police officer to spend 20 years behind bars for killing Ssebulime 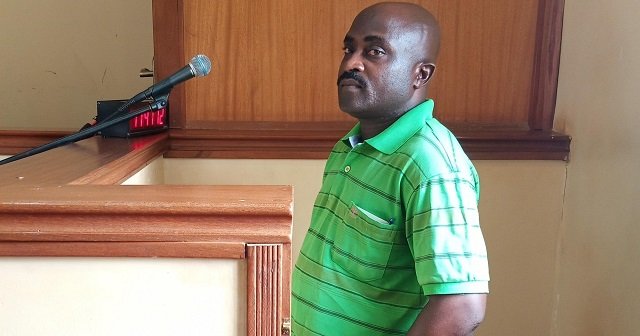 A police constable who shot and killed Mr Ronald Ssebulime, 40, for suspecting him to have trailed then ICT state minister Honourable Aidah Nantaba with an assassination intent, has been today sentenced to 20 years in jail.

Corporal David Ssali, 46, a resident of Namungona, Lubaga division, is said to have shot and killed Ronald Ssebulime, a cyclist at Nagojje trading centre, Mukono district on March 24th, 2019.

This was after having him arrested and handcuffed due to suspicions of intending to assassinate Honourable Nantaba.

Before the incident, the ICT minister had tipped off Nagalama Police that two men riding on a grey Suzuki sport motorcycle registration number UDC 882A were stalking her in a suspicious manner.

Mr Ssali was later on arrested and arraigned in Mukono magistrate court, where he was charged with murder on April 11th, 2019.

Criminal Investigate Department spokesperson Mr Charles Twiine said on Monday, that Ssali was convicted of murder, which he paid plea, after realising irrevocable evidence brought against him by the prosecution.

Water for All: NWSC Steps up Service Delivery in SEMBABULE Area