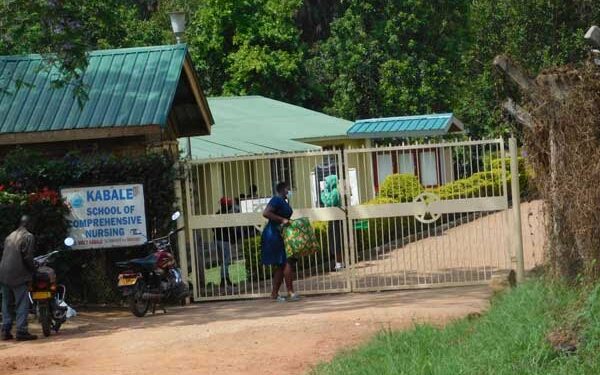 The Kabale district security committee led by the Resident District Commissioner, Godfrey Nyakahuma, on Wednesday convened a security meeting at Kabale school of Comprehensive Nursing following threats by students to stage a strike.

The meeting that was held in the school’s main hall, also attracted Kabale municipal education officials, led by the principal inspector of schools, Grace Munyambabazi, members of the school governing council, led by their chairperson, Dr Sophie Namasopo, also the director of Kabale regional referral hospital and the representatives of the students’ guild leaders. The other members, who attended the meeting include, the district police commander, Abel Ruganza, the district internal security officer, Reuben Mutabazi.

The RDC, Nyakahuma, observed that the meeting was prompted by incidents on Friday and Saturday night, in which the students, threatened to stage to strike, claiming that the school administration had failed to respond to their grievances.

The Students guild council representatives, who included the Prime minister, Samuel Nfitundinda, the deputy prime minister, Brian Nambala and Blessed Owembabazi, a student representative to the guild, read to the meeting attendees three main grievances raised by the students. These included a need to revise the fees structure, improving on the daily meals served at the school and bringing back of two students, who were suspended, following a scuffle with the school administration during an assembly held on Friday last week.

The Chairperson of the school governing council, Dr Namasopo, also said that during the governing council meeting held on 1st October, the students’ committee, presented students requests, which included restructuring the fees structure and also have all the students vaccinated against Covid-19, which started today. She, however guided the meeting that during the governing council, under minute 23 of 2021, with guidance from the ministry of education and sports, it was resolved that for the institution to continued running smoothly, the fees structure should be maintained.

Tinah Nakalanzi Nakimera, who is the representative of the ministry of education and sports on the school’s governing council, who attended the meeting on zoom, also guided the members that the idea of maintaining the fees structure for all government nursing institutions, was initiated by the ministry of education and sports. She in fact noted that, Kabale School of Comprehensive Nursing, is the only government nursing school, which is still paying less fees, compared to Jinja school of nursing and Mulago school of nursing and other schools.

Following, the guidance from Nakalanzi and other stakeholders, the meeting came up with resolutions, which were read by the RDC Nyakahuma, to the students’ body on the assembly. These include maintaining the fees structure for the smooth running of the school.

The other resolutions, included tasking the students to respect rules and regulations. They also came to the conclusion that the issues raised by the students, were not binding, since the school administrations is implementing the decisions of the ministry of education and sports and also the school governing council, which are the bodies that run the school.

Girl who craves to be Museveni's side chic grabs internet attention